When real life is the stuff of fiction 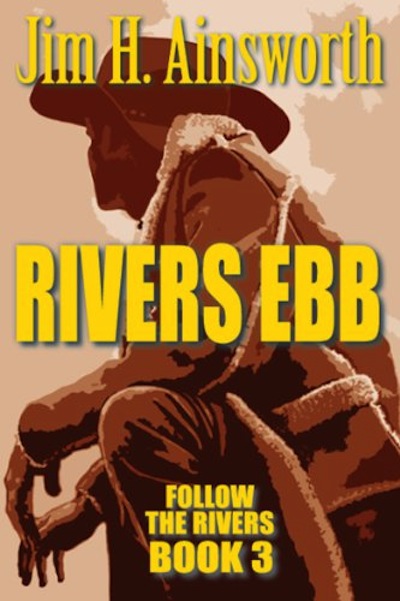 I had left this country unwillingly, my cowboy dreams abandoned. Now, I had returned with dreams of becoming a writer.

I headed toward Adrian, where I found the landscape around the tiny town littered by wind turbines. Sad to see. The town continues to shrink after I-40 replaced Route 66 and bypassed Adrian. Many of my old haunts were gone or empty, including the Bent Door.

From Rivers Ebb. . . The Mother Road ran along the south side of the town. A hodgepodge of trading posts, service stations, garages, and restaurants gave Route 66 travelers a chance to fill up their cars and stomachs. Some had signs that said “Last Chance”. At the Bent Door, an arrow drawn on the window had two heads. One read Chicago, the other Los Angeles. 1,139 miles was printed in the center.

His first plate of fried biscuits had been made better because he was sitting with Gabe and Nocona in a booth at the Bent Door. Three black Resistol hats, three pairs of black Justins.

The Bent Door really does have a bent door and bent windows and it is still intact, though the business was long ago abandoned. I looked through the dusty windows and saw a few tables and chairs in various states of dilapidation, wondered if they were the same ones I sat in a half-century before.

And from A River of Stories . . . Looking at the booth where I sat so many times inspired me somehow. I wanted to take a few notes. I had left this country unwillingly, my cowboy dreams abandoned. Now, I had returned with dreams of becoming a writer.

I stopped in front of the old Adrian Mercantile building, still standing but bearing little resemblance to the thriving general store I encountered as a boy.

From Rivers Ebb—Mattie walked toward the general store. “JD or Bess told me it started as a hotel—rooms upstairs and a saloon downstairs.”

She turned up her nose at a dozen or more fresh hides, hair and blood showing, stacked on a wooden slab on the side porch. The place smelled of leather and oil-soaked wood mixed with horse and mule feed, wet tow-sacks, and salt blocks. Shelves were filled with a haphazard assortment of groceries and supplies. Horse liniment mingled with vanilla extract, potato chips and aspirin. Naked bulbs revealed harness and saddles stacked on stands.

The Mid-Point Café was already closed for the day, so I walked into the gift and knickknack shop next door, asked the girl if she knew Sam Brown. She did, said he still lived here, but did not know where. Sam, another schoolmate at Adrian, is the author of a few Westerns that drew praise from the likes of Elmer Kelton (again, what are the odds?) I have read all his books and he’s been featured in at least one major magazine. An authentic cowboy who does daywork as well as writing. I drove by the house he had lived in on my last trip here, but it was abandoned, knocked on the door of the house where his parents lived. Nobody home.

Adrian High School was just across the street. I walked over and looked in the windows. Little has changed about the building in fifty-plus years. I tried to be sixteen again as I sat in the place where my picture had been taken for the school annual, but could not. Awhile back, my son Damon sat on that same spot and had his picture taken when he went out of his way to pass through my old hometown. He knew a lot about it from reading my books.

I looked up at the sinking sun and decided I could make Dalhart before dark. I had heard that Calvin Peters, a classmate I wrote about twice in A River of Stories lived there now. I had seen Calvin twice in the years since high school. The first was at the Abilene Western Heritage Classic.

From A River of Stories . . . I followed behind, taking my time to observe the boots with tall tops and slanted riding heels, the large spur rowels, and the huge palm-leaf hat, looking for the seventy-pounds-lighter boy I once knew. . . . I watched him and his Quien Sabe Ranch team compete that night. The younger cowboys obviously looked up to him. I left the next day, expecting I would never see him again.

But I did see him again when I attended a writing conference in Amarillo a few years later. I dropped in unannounced at the Quien Sabe, where he had been ranch manager for at least twenty years. He invited me for supper and I spent the night. The next day, he loaned me a horse so that I could participate in a roundup. Memorable.

From A River of Stories: There was a screened-in overhang porch to my right where I saw a sea of black hats, all brim-up, crown-down on the floor beside four freezers that Calvin said were full of beef..

. . . Calvin stopped the pickup and rolled down a window. “This has been a good life, but the problem is I don’t own a single thing you see. Not that house, this pickup. I lose this job, I’ll be leaving here empty-handed after giving this ranch the better part of my life.”

My time on the Quien Sabe and Moorhouse Ranches inspired some of the locales in Rails to a River. He drove six miles on ranch property and stopped at a cattle guard that marked the entrance to Blind River Ranch headquarters. The road on the other side looked like it led nowhere, so seldom traveled it resembled a river wash rather than a road.

And this . . .he feels like an interloper on ground that has given him birth and nourished his life for almost two decades, but the cold, dry, thin Texas Panhandle air recognizes him with a whistled greeting.

I am at a loss to explain why the ranch so inspired me. The railroad crossing one has to cross to reach the ranch is historical in its own way, and became the locale for a pivotal scene in Rails to a River which I won’t spoil here.

Please click HERE to learn more about the novels of Jim H. Ainsworth. 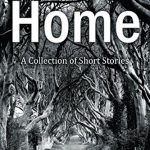