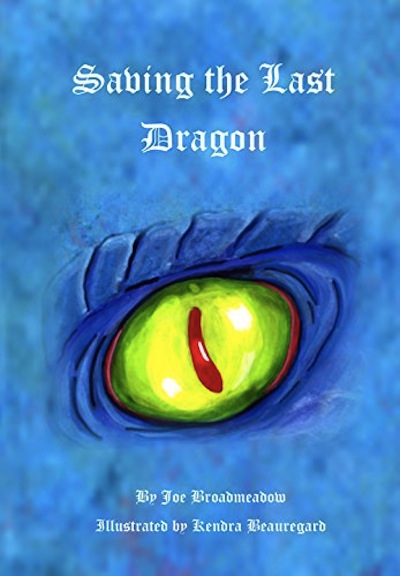 Review: I really enjoyed the cross-over between reality and fantasy. It was reminiscent of the Neverending Story.

Duncan Emeris loves to write. His imagination creates a world of Dragons, Wizards, and Magic. His writing helps him cope with the reality of his world.

When one of his stories draws the interest of Merrill Templar, his English teacher, Duncan discovers that the world of his imagination has become a reality.

Saving the Last Dragon becomes Duncan’s quest. He finds himself facing dangerous mythical creatures bent on stealing the dragon’s egg to wield its power. Accompanied by a real dragon named Balinor and assisted by his two friends, Kathy Craigendoran and Jameison Howarth, Duncan must find the egg and save the lives of his friends.

The Quest to save the last dragon leads Duncan on a wild ride through a world of magic and deception, testing his resolve, as he becomes the Dragon Seeker.

I generally don’t read these types of books, but I decided to switch it up a little bit and read something new. I thought the book was great.

It was an easy read with a smoothly constructed story line. The writing was clear and the author really did a great job at developing the characters and describing the settings.

The book really allows you to use your imagination which truely makes it a fun read.

I would recommend this book to anyone, from teens all the way up. The book really feels like it was written for everyone to enjoy. Can’t wait for the next one!

Duncan Emerys has been having the most vivid dream of a society of dragons whose very existence is being jeopardized in a war against humanity and a handful of magical creatures. He writes his dreams into a story for his English class and it’s so entertaining his professor encourages him to press on and make a book of it. As the tale is revealed to him in dreams, Duncan begins to see that parts of his fantasy world are actually real.

I really enjoyed the cross-over between reality and fantasy. It was reminiscent of the Neverending Story. Both stories also start with one boy and his journey into an imaginary place, but then end in our hero’s discovery that somehow, both places are a reality.

It was cool to read about a protagonist that was confined to a wheel chair. It created a whole different set of rules. Duncan faced the adventure without letting his disability prevent him from rising to the challenge. I think children with disabilities might find encouragement in Duncan’s adventure..

I listened to this audiobook over a month’s worth of dad taxi duties with my nine year old son. I know he really enjoyed it because he asked me to take him to school just about every day! Fred Wolinsky narrated the story and had some very amusing voices for the antagonists. My son got pretty good at his Principal Core impersonation.

I think this would make a good series based on how it ended.

Please click HERE to purchase your copy of Saving the Last Dragon on Amazon.