The man who cheated death 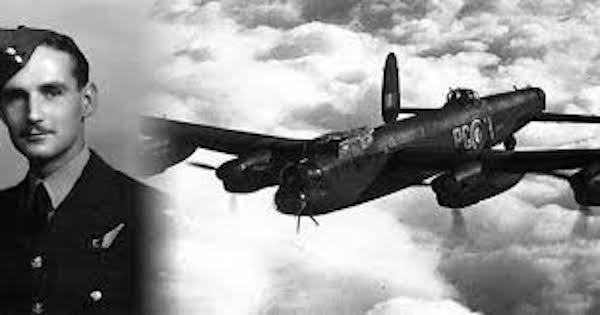 Nick’s tiny turret was almost destroyed as cannon shells ripped into the fuselage. But he led a charmed life.

On a March night in 1944, everything lined up correctly. An RAF Flight Sergeant was forced to bail from a plane with no parachute. He knew he was doomed but preferred to die from the leap, instead of from the fire that was surrounding him. He tried to enjoy the 18,000-foot drop, knowing it would be his last moments alive. It was peaceful and dreamlike. His mental arithmetic told him he would only have ninety seconds left—of life. He felt so cold, as he appreciated the beautiful stars one last time. Then he passed out.

The flight sergeant, Nicholas Alkemade woke up three hours later. Had he crossed over to some kind of afterlife? No, he was still alive. Here is the big mystery. How does someone survive such a fall?

First, everything had lined up wrong for the sergeant. He was serving as a tail gunner on his 13th bombing raid over Germany. As two tons of explosives dropped from his plane, S for Sugar, he and the pilot Jack readied for a safe trip to the home base. Even though 300 Allied bombers had been pounding first Frankfurt, then Berlin, the Germans were weary but not yet done. Jack and tail gunner Nick felt a massive explosion.

Nick’s tiny turret was almost destroyed as cannon shells ripped into the fuselage. The turret was so cramped that he had to stow his chute it a rack behind him. As flames leaped all about him Nicholas heard Jack’s voice over the intercom, “You’ll have to jump for it—bail!” That is when Nick looked for his chute and found it incinerated to a crisp. He decided to jump anyway, and tore off his melting oxygen mask and made a backward summersault into space.

Nicholas Alkemade was saved by evergreen limbs and 18 inches of snow that cushioned his fall. He awoke to find himself injured and burned, but he could walk and did so until picked up by the Germans as a POW. He was smoking a cigarette when found. They did not believe his tale. They were convinced he was a strategically placed spy. They interrogated him over and over, at several locations.

A member of the Luftwaffe decided to try to check out his story. Leutnant Hans Feidal was eventually able to find the wreck of S for Sugar and confirmed his account. They found the remains of his burned parachute just as Nick said they would. His escape from death was proclaimed a miracle by the camp commandant. Other British prisoners in the same camp gave Alkemade a Bible jacket that had their personal information on it and declared themselves witnesses to most of his experience. They wrote a description of what happened, with the facts, to go with it, and signed it.

The rest of Nicholas Alkemade’s life could also be called Charmed. There were several more incidents after the war where everything lined up wrong—to create horrible disasters—then things lined up correctly to reverse them.

He worked in a chemical factory after the war and while there a steel girder fell on him, killing him—yet as they were hauling him off, he got up and walked away with only a bruised scalp. He survived being drenched with sulphuric acid. Another disaster had him being thrown into a hole by an electric shock he received. While in the hole there was a chlorine gas leak, and he breathed it in for over fifteen minutes.

Sara Marie Hogg is the author of Curious Indeed, an award-winning collection of true short stories about the bizarre and unexplained. Please click HERE to find the book on Amazon. 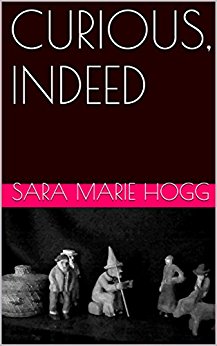