A night with Jack the Ripper 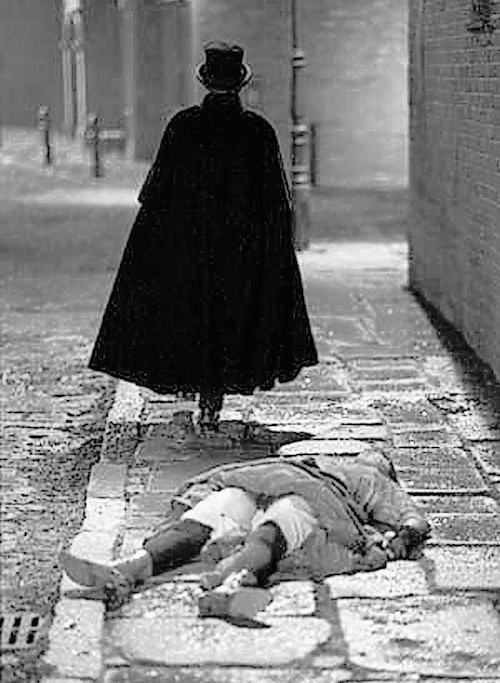 Not only would he get the story of a lifetime for his column, he would, no doubt, be declared a national hero.

Imagine, if you will, the spooky nighttime territory of the person we know as Jack the Ripper—the Whitechapel and Spitalfields area of London during a few weeks of 1888.

The draping of nightfall sparked terror in the hearts of those who had occasion to meander the streets.  The Ripper’s work was too ghastly to describe, but everyone knew all about it.   Working girls who felt they must go about to drum up business usually used a buddy system, but some were lax because they had been fatalistic about their doom.  Their lives were so ‘orrible that they didn’t much care anymore—a few pence for some liquid refreshment, maybe a little more for a hard pallet in a dingy corner, or a hard crust of bread for breakfast.

During the autumn of terror, a London journalist was hatching an idea.   Instead of staying off the streets as advised, he would hurl himself into the thick of it.  He had mentally calculated, from Ripper letters to police, when he would probably strike again.  The journalist would be there on the spot and stop him—he would make a type of citizen’s arrest.  Not only would he get the story of a lifetime for his column, he would, no doubt, be declared a national hero.

This idea was a half-hearted fantasy in the mind of the journalist, but as the days rolled on, it became an obsession.  He enlisted the help of a friend and they made definite plans to disguise themselves as seamen.  The journalist would be a ship’s engineer, and his friend, Albert Edward, would play the part of a foreign sailor.  He would take along his notebook and a pencil to jot details as they happened.  He wanted to title his exciting article, “A Night with Jack the Ripper.”

In his mind, he saw the capture of Jack as the result of an actual struggle.  They would pounce upon him.  His friend Albert would hold The Ripper in captivity, while the journalist ran for the police.   Oh, this does seem a bit far-fetched—being able to contain a violent man like Jack.

It was a Saturday night.  When they got to the murder district, past nine, well after dark, the two friends were astounded that it was not deserted, but bustling with activity.  The first thing they noticed were the private citizens, such as themselves, posing as amateur policemen and detectives.  This was in addition to the many authentic police officers milling about.  The journalist and his friend, Albert, were approached by many of these people who demanded to know what their business was in the area.  The journalist admitted that his friend did have a sinister look about himself which may have drawn attention.

When the pair was startled by awful cries—it turned out to be just two quarreling women having a catfight.  It was then that a boy walked up to them, a smile on his face, and offered to direct them to a murder scene—a murder that was occurring.  “Right ‘ere, sir, triple murder in the court.”  There was laughter all around them, and then, after a good laugh, the people dispersed.  That was when they both realized that the people in the murder district and surrounding areas had been indulging in gallows humor for weeks, to relieve the nervous tension.

Other people were taking advantage of the crowds by hawking their wares and selling tips on horse races.  It was rather like a carnival sideshow.

When they tired of the street scene, the two men toured the actual murder sites and were puzzled about how the murders could have occurred without witnesses—there were tightly-packed dwellings all around them.  They stayed in the area until three a.m., and they continued to be questioned and drew unwanted attention.  They then went the way home down dark alleys and crannies, but even there they were followed and had lanterns shone in their faces.

They were not able to pounce upon The Ripper and hold him for authorities, but this account had made me very aware of something I had not thought much about before:  by mid October of 1888, Jack the Ripper’s territory had been saturated with policemen, sentries, and amateur detectives making note of every person and activity, suspicious or otherwise.   Jack would have been discovered before he had the time to act.  This adds another air of mystery to the whole Ripper story.

The journalist who went to all this trouble to try to get a good story and be a hero was George Simms.  He wrote a regular column, Mustard and Cress, for Sunday issues of The Referee.   His columns had the byline, Dagonet, a mysterious pseudonym he had cooked-up.  After that night, he decided he would not ever do any such odd thing again, but he wrote his column just as their adventure had happened, anyway.  It was published on Sunday, October 21, 1888.

Eleven murders have been considered possible works of Jack the Ripper—from 1888-91.  Only five—those in 1888—are known definitely as his crimes. 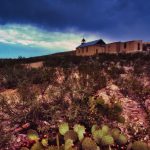