The Book: This Doesn’t Happen in the Movies

The Story:  A wannabe private eye with a love of film noir and detective fiction.
A rich, attractive femme fatale.
A missing husband.
A rollicking ride to a dark and daring ending.

Review by Lucinda Rose: True to its description, this book delivers a wannabe detective, a femme fatale and an non-stop adventure. Guy Noir, my favorite detective, would be proud to work a case with the fledgling Reed Ferguson. Both of them are in love with all things film noir and model their style after that genre.

At first, I didn’t really like the character of Reed Ferguson. A rich boy trying to be a detective and then I thought about it, if I won the lottery tomorrow, what would I be doing? Traveling and writing every summer; plus I would have the coolest classroom ever . (Yes, I am a masochist and would continue teaching.) He is doing what many of us would be doing if the lack of money wasn’t standing in the way. Reed is also smart enough to know when he is being played and doesn’t fall for the book’s femme fatale, no matter how hard or drunkenly the women tries.

Despite, my initial reaction to Reed, the book sucked me into its world and didn’t let go until the case was resolved. The last couple of pages were nice, but tied up loose ends that weren’t really loose to begin with. Reed’s world is tidy, but not without problems. That is to be expected in a shiny new world. Reed’s neighbors, Ace and Deuce, are good guys, but how they pay their rent being idiots and working at a video store is beyond me.Yes, it is a small thing, but small things can throw a reader off. Maybe there is some secret the brothers have that Pawlish is saving for the future.

There are intricate twists and turns, but in the end both Ferguson and the bad guys get it. Ferguson receives his dose of reality and all is set right in the universe until of course his next case. And I do hope there will be a next one.

Review by Sherry Fundin: My name is Reed Ferguson and I own the Reed Ferguson Detective Agency. My grandparents died and left me wealthy, so I never really had to take life seriously. I wanted to do well, so I could prove to my dad that I was good at something.

Trouble, with a capital T, came walking into my office and stated that she knew her husband was dead and wanted me to find him. Her name was Amanda Ghering and she was a great looking dame that made it hard for me to concentrate. She said her husband went on a business trip and was supposed to be back Monday, but here it was Thursday and he still wasn’t back. I asked her why the police weren’t involved and she said they knew, they just weren’t doing anything about it. I asked her if she knew of any reason he would leave and she said yes, she was going to kill him. She proceeded to tell me of all the ways she thought of doing it and why she didn’t.

Great fun. Made me think of the Bogie films. Read like a movie to me. I could see it all happening as I read along. Kept me on the verge of laughing through the whole book. Flowed well and easy to read.

The Book: Her Sweetest Downfall

The Story: Her Sweetest Downfall is a short story/novella of 30,000 words. This is not a novel/full-length read, but works as a companion novel to THE FOREVER GIRL, Rebecca Hamilton’s bestselling paranormal fantasy debut.

Ophelia’s been successful at hiding her true identity, until the mark of the serpent appears on her neck – a death sentence, should it be seen by anyone in her town. Hiding the mark might save her from falling victim to the witchhunts of her era, but the scorching sensation it carries can’t be ignored.

When the mysterious Ethan is sent to collect her for a life of something more, she learns concealing the mark is the least of her worries. She’s destined to don a new mask–to join a dark, supernatural world and protect the future of people she may never meet. What she doesn’t know–what she learns too late–is that her initiation won’t be complete until she kills the man she loves.

Set in an alternate Regency England, “Her Sweetest Downfall” is a standalone novella in the “Forever Girl” series, written as a gift to fans of the Forever Girl series. HER SWEETEST DOWNFALL will appeal to lovers of paranormal romance, fantasy, and vampire fiction.

Review by Robert Zimmermann: Reading this novella solidified Rebecca Hamilton on my list of top ten authors. With her debut novel, The Forever Girl: Sophia’s Journey, I had a feeling I’d enjoy reading more of Hamilton’s writing. I was right. Her Sweetest Downfall blew me away.

I was very pleased with the way this novella played out. For those who haven’t read book one in the series, I feel that they can still read this novella. I think that’s a great advantage Her Sweetest Downfall has. If a reader doesn’t have the time for a full length novel, but would like to check out Hamilton’s writing, this can be a great start.

I am a reader who has read and loved The Forever Girl, so I already knew the overview of the creatures encountered here. I knew some of the story behind some of the characters as well…but the main character, Ophelia, I barely knew a thing about. I wanted to know. The Forever Girl made me want more. I was completely satisfied with what I learned. The reader follows along as she the mystery of her life, and destiny, unfolds in front of her eyes. Even though I know what her ultimate goal is, the journey to get there is filled with unexpected elements. I also enjoyed the new characters that came into play. Ethan was a great male lead. I admired his dedication to his job, even when his mission was threatened by the feelings of his heart.

One of the best things for me, was making connections to characters from The Forever Girl. I’m always a sucker for having “aha” moments. I’ll be reading a passage, then something clicks. It’s great when an author like  Hamilton does this. In no way does it feel like she has altered or forced the story to connect in places. Some authors can attempt to make a connection work, but it just doesn’t seem natural for the story. This is not the case. I look forward to finding other connections like this throughout the series.

Review by Bookish Things: I’m so happy we finally get to learn a little bit about Ophelia. When we met her in Forever Girl, she was full of this mysterious past. But it’s not mysterious anymore.

The plot was very carried out very quickly. Ophelia finds herself thrown into this world she doesn’t completely believe is real. Ophelia comes to terms fast with what her mark means pretty fast. One day she’s completely against it, and the next she’s like “Let’s do this.” My only complaint is her feelings toward Ethan were extremely strong even after they had just met. I do, however, like their loyalty to each other. Ethan will do whatever possible in order to make sure Ophelia completes her task.

This is a great novella in the Forever Girl series. It adds more knowledge, and I always think that’s a great thing. Ophelia learns some truths to finally put her thoughts about her mother to rest. 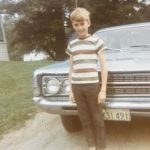