Best of Texas Book Award: The Arms of Death by Maggie Foster 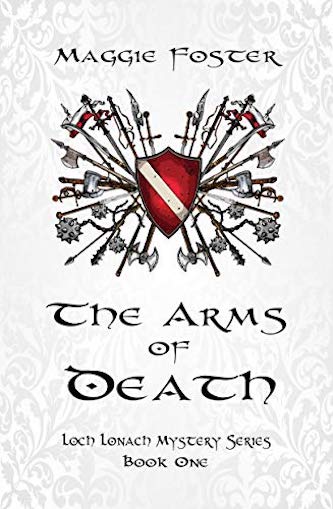 It was a fun, engaging read, with a satisfying payoff at the end.

Arms of Death by Maggie Foster has received 2019 Best of Texas Book Award for Medical Thriller.

The Arms of Death

Everyone dies. Not everyone dies because they chose the wrong ancestors.

When one of her ICU patients dies unexpectedly, amateur sleuth Ginny Forbes finds herself on the trail of a centuries-old secret that is of no importance and no interest to anyone other than herself. Except, of course, that no tale of secrets is ever that simple and Ginny is about to find out just how dangerous idle curiosity can be.

In the manner of Peter Wimsey, Miss Marple, and Brother Cadfael comes a series of murder mysteries set in a community peopled by evocative characters that read like old friends.

The distinctive Scottish voices offer a glimpse into a world not usually open to modern mystery readers and the deftly woven tales of deceit and greed will have everyone cheering the triumph of good over evil.

The men in kilts just make it that much more fun. 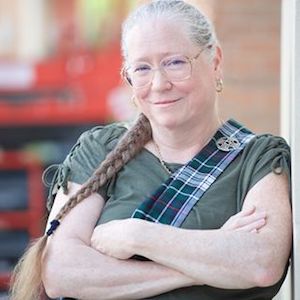 MAGGIE FOSTER is a seventh-generation Texan of Scottish descent. Her ancestors were in Texas before it was a Republic.

In addition to being steeped in Scottish traditions and culture, she has spent a lifetime in healthcare as a nurse, lawyer, and teacher.

Intensive Care Unit nurse Ginny Forbes is inquisitive by nature, so when a patient of hers dies unexpectedly she wants to know why. One-by-one, clues surface, and, little-by-little, the danger to Ginny mounts. Someone wants her to drop the investigation. But Ginny is not one to leave a task unfinished. Her curiosity becomes conviction and she makes a promise to herself to uncover the truth, no matter what the cost.

I absolutely loved this book! The characters are fresh, interesting, and likable. The pacing works, neither too fast nor too slow. There was enough intellectual challenge to keep me guessing. It was a fun, engaging read, with a satisfying payoff at the end.

Some readers may feel the author shares too much of her medical expertise. There’s a discussion of how viruses work early in the investigation which sounds a little like a public health lecture. Without giving away the ending, I recommend you pay attention. There will be a quiz at the end of class!

This is not a puzzle plot. The identity of the murderer is revealed before the climax and serious students of the genre may figure it out even sooner. But for most readers, the twist at the end will both delight and surprise.

This is a rich and layered work with plot, theme, subtext, secondary plots, and scintillating narrative passages. It’s a believable tale, told from the point of view of genuine human beings who you want to get to know better.

One of its most engaging aspects is the cultural references. The author has chosen to make her protagonist a member of a Scottish community set in Texas. One of her characters speaks in dialect, using broad Scots, odd idioms, and a few variant pronunciations, but the author gets the balance just right. The Laird’s speech does not confuse or slow down the story; instead, it adds depth and flavor and authenticity.

Please click HERE to find The Arms of Death on Amazon.