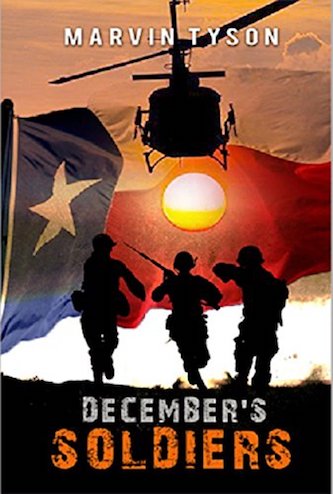 The novel has it all; adventure, political intrigue, lies, danger, conspiracies, and death.

December’s Soldiers by Marvin Tyson has received the 2019 Best of Texas Book Award for Military Thriller.

From the gold inlaid floors of a high-class casino in Macau to the windswept winter hills of Kurdistan, from the snow-covered top of Pike’s Peak to the halls of government in Washington D.C., evil men with evil plans create an ominous plot to topple the newly created Republic of Texas and incite civil war between Texans and Americans.

Only a handful of freedom-loving patriots stands between the looming destruction of liberty and self-rule in Texas as a sinister cabal of rogue U.S. political leaders and members of the Chinese underworld threatens to corner and control the global oil market.

In the end, it comes down to a very pregnant Hill Country rancher’s wife, an ex-hooker from Washington, and three tough, grizzled veterans standing in the gap to prevent the potential conflict and protect Texas and its larger neighbor to the north from a total collapse of the world’s economy. 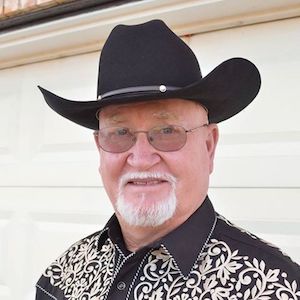 Marvin Tyson is a lifelong Texan of many generations (his first confirmed ancestors arrived in Texas about 1820-24). He was born in Brown County in 1949.

His family was poor while he was growing up. He got his first real job when he was eleven years old working at a Corpus Christi marina for a dollar a day! That was seven days a week when school was out, and it seemed like a ton of money to him.

He also got tips from customers that could more than double his salary at times. That enabled him to buy school clothes for the next year and take in a weekly movie (twenty-five cents with a coke and popcorn or candy!).

Marvin served a tour in Vietnam as an infantry platoon leader with the 82nd Airborne and 101st Airborne Divisions. When he came home, he worked anywhere he could find a job until he taught himself how to weld and went into the construction industry as a pipe welder.

He went to work at the Amoco Refinery in Texas City where he worked thirty-four years as a welder, supervisor, and apprentice coordinator before retiring in 2009.

He was asked to come out of retirement to develop a pipefitter and welder program for Alvin Community College where he remained until October 2015.

In December’s Soldiers by Marvin Tyson, events unfolding in Macau, Kurdistan, the snow-covered top of Pike’s Peak, and even to the halls of government in Washington D.C. are threatening the very fabric of the United States.

The people of Texas have spoken and now in two short months, the newly formed Republic of Texas will be a sovereign nation. But that doesn’t sit well with many. A threatening faction of unscrupulous U.S. political leaders – including an ex-president and members of the Chinese underworld – want to corner and control the global oil market.

One way to do this is to put the Republic of Texas and the United States at odds in an attempt to get the Federal government to delay the secession by any means, including military force if necessary.

In the end, it comes down to a very small group of Texas patriots, an ex-CIA agent and now a rancher’s wife, an ex-hooker from Washington, and three tough military veterans that somehow must work together to prevent the possible conflict, and protect Texas and the United States from a total collapse of the world’s economy.

If they can just live long enough to get it done…

I thoroughly enjoyed this story. It has it all; adventure, political intrigue, lies, danger, conspiracies, and death. The author has put together a superb cast of characters, particularly the little band of Texans that want so much to be a free country, and of course the corrupt evil politicians that will stop at nothing to further their own agenda.

The plot is a thrill ride from start to finish, keeping the reader wanting to turn the page to see what comes next. I can see a series of stories about the new Republic of Texas as they continue to struggle to find their place in the world order.