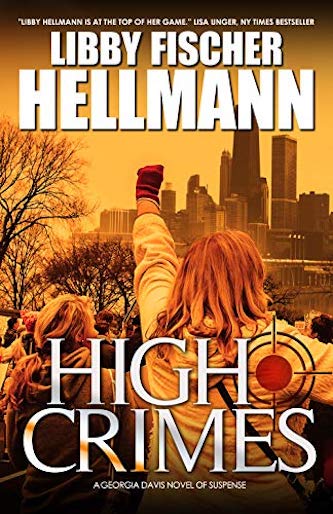 A no-holds-barred, high octane mystery/thriller caught up in the world of deadly politics.

How do you solve a murder when there are 42,000 suspects?

That’s the task facing Chicago PI Georgia Davis, hired to hunt down those behind the assassination of Resistance leader Dena Baldwin at a demonstration fourteen months after the 2016 election.

The gunman, on a nearby hotel rooftop, dies within minutes of the shooting.  As Georgia sifts through Dena’s 42,000 Facebook followers, she discovers that unknown enemies hiding behind fake profiles have infiltrated the group.

She finds others who will do whatever it takes—including murder—to shield right-wing, wealthy elites. Threats and bruises have never frightened Georgia, but she’s side-swiped by the sudden reappearance of her mother, who abandoned her when she was a child.

Can she survive a family crisis at the same time she pursues killers whose only goal is to protect themselves? 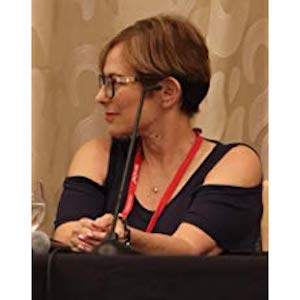 With critics describing her work as “masterful” and “meticulously researched”, it’s not hard to see why Libby’s thrilling and richly varied crime novels have won numerous awards. Libby is exceptionally committed to her work, and in 2005-2006 she was the National President of Sisters in Crime, a 3,400+ member organization dedicated to strengthening the voice of female mystery writers.

Libby started out in broadcast news, beginning her career as an assistant film editor for NBC News in New York before moving back to DC to work with Robin MacNeil and Jim Lehrer at N-PACT, the public affairs production arm of PBS. Retrained as an assistant director when Watergate broke, Libby helped produce PBS’s night-time broadcast of the hearings. She went on to work for public relations firm Burson-Marsteller in Chicago in 1978, where she stayed until she left to found Fischer Hellmann Communications in 1985.

Originally from Washington, D.C.–where, she says, “When you’re sitting around the dinner table gossiping about the neighbors, you’re talking politics”– Libby earned a Masters Degree in Film Production from New York University and a BA in History from the University of Pennsylvania. In addition to writing, Libby writes and produces videos, and conducts speaker training programs in platform speaking, presentation skills, media training, and crisis communications.

Libby’s best-selling novels have won widespread acclaim, with her first novel, An Eye for Murder, nominated for several awards and described by Publisher’s Weekly as “a masterful blend of politics, history, and suspense.”

An Eye for Murder introduced Ellie Foreman, a video producer and single mother who went on to star in five more novels in a series described by Libby as “a cross between Desperate Housewives and 24.” Libby’s second series followed the Chicago PI Georgia Davis, a no-nonsense detective who has been featured in four books so far.

In addition to her hugely popular series, Libby has also written four standalone thrillers in diverse settings and historical periods Through her “Revolution Trilogy,” (Set the Night on Fire, A Bitter Veil, and Havana Lost) we meet young activists during the late Sixties, a young American woman who marries and moves to Tehran, and a female Mafia boss who chases power at the expense of love.

Georgia Davis has been a strong character throughout Libby Fischer Hellman’s suspense novels, first as a suburban police officer and sidekick to Ellie Foreman, and later as the protagonist in her own series.

Fortunately, the story is not about politics and moves quickly to avoid delving too deeply into the headlines that already produce heartburn in our daily lives. I hope Georgia keeps at it and reappears to play a role when it’s time to bring bigger criminals to account for their bad actions.

How do you solve a Murder with 42,000 suspects? This immediately caught my attention and made me want to take a closer look. I’m so glad that I did.
I’m a long-time fan of Ms. Hellmann’s work, and Georgia Davis has proven to be one of my favorite characters. This latest addition to the series did not disappoint. While this one is more political in nature, it’s not overtly so, and only seems to enhance the tension in the story.
No matter which side of the political aisle you sit on, if you enjoy reading a no-holds-barred, high octane mystery/thriller, you will love HIGH Crimes. I highly recommend it!