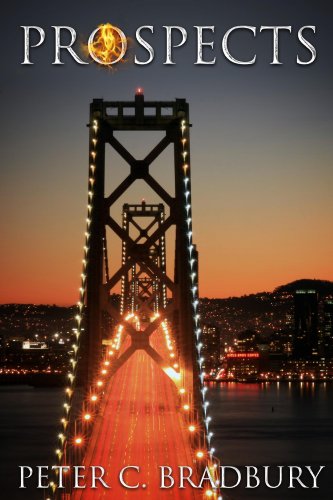 A gripping tale like Hitchcock’s psychological thrillers with its disturbing and carefully crafted story-line.

Beautiful, young, professional women believe that they are being courted by a very handsome rich man.
Little do they know that it’s a part of his plan.

For years, Alec has wanted to take one of their lives but ultimately pulled out, fearing discovery and arrest.
When he gets an unexpected opportunity with a total stranger, he takes it, and it sets off a cycle of murder.

Alec also has a brother, George, a former rapist who is more than happy to do his brother’s killing once he has his own time with the victims.

Thousands of women go missing every year in the U.S., and unless there is evidence to suggest otherwise, then they remain classed as missing persons.

Detective Garcia believes that the women are being murdered, but she needs to find some evidence before the wealthy and educated brothers disappear.

Set in San Francisco and its East Bay, this story will make you realize that even if you’re very careful, very bad things can happy to you by the ones you would least suspect.

Although I have always loved to read, it wasn’t until numerous people asked me to write about my experiences in private homes, that I began my author journey. I am a traditional English butler, from near Manchester, England. I have lived in the USA since 1994, currently living in Isleton, California., but also ten years in Dallas, Texas.

Working for very rich people is eye-opening. You find that they can be very extravagant, but also very thrifty. They’ll happily buy the most expensive wines and food but then complain about you bringing in an extra dishwasher at minimum wage.

I turned some of my experiences in one home into a murder mystery. It is called Stonebridge Manor, based in an English mansion, and details all the politics that go on between the staff and the people they work for. It’s a really fun book, and a true mystery.

My newest book is called, Stone Dead in Rio Vista.

Rio Vista sits on the Sacramento River, and I work there in the golf club as a server. As many of the members have purchased and enjoyed my previous novels, many of them asked me to include them as characters in books. I did, combined some of them, added new characters, and put them together in ‘Stone Dead.’

The story revolves around the country club in Rio Vista, which becomes the scene of a murder. This rattles the community of over-55’s, as they’re only used to their fellow members dying of natural causes. When another golfer gets killed, their anxiety only gets worse.

The killer is very careful and clever, and with no apparent motive to go on, the police officer in charge struggles to find any evidence.

This is a really fun book that will hook you in on the first page.

I like books that grab my attention and then hold it. I dislike books that get too technical and explain in great detail how something works. It makes me flip pages. I don’t do that, I keep your attention on the story and make it very entertaining.

My last novel was called Burnt.

This tells the story of Tiffany, an 11 yr. old girl without a care in the world. Until her younger brother gets kidnapped. After finally waking up from an induced coma, Tiffany has horrific memories and is in excruciating pain. The only thing that drives her on is seeking justice for herself and her family.

I have also written Prospects, which was inspired by the vast amounts of missing people there are. Thousands go missing every year. Men, women, children, old and young, some intentionally, some not. In the book, Alex targets young professional beautiful women, who are single and new to the city. As Alex is rich, very intelligent and extremely good looking, he has no problem in attracting the women, but he looks on them as prospects. Prospects to kill eventually, if everything goes smoothly. If he doesn’t have the stomach to do it, his brother certainly does.

There is also Consequences, which is about a man who is trying to expel his demons from years of being a victim to bullies. This novel was inspired by one of my grandsons, Bryce, who was in school in Florida and his life was being made hellish by cowardly bullies. Although I wouldn’t advocate the way James deals with his former bullies, it is true that if you pick on the wrong person, then there may eventually be “Consequences.”

My fourth book is The Innocent Children which in some ways was a follow on to Prospects. Researching the number of missing people in the USA, it is a fact that of those who are trafficked, around eighty percent of them are forced into being slaves to sexual predators. Young boys and mainly girls with an average age of 11 are the favored targets, either homegrown or smuggled into the country. This book, which I wrote as a novel, focuses on the children involved in human trafficking, here in the USA.

Getting older, losing my credit, and being more of an old fashioned butler, has meant that it has been very difficult to find work in recent years, so I happily type away on my laptop, making my books very readable and entertaining. I have also returned to the restaurant trade.

A big soccer and golf fan, I also enjoy other sports, but my schedule still revolves around my team’s kick off time back in old blightyYou can learn a lot more about me at www.petercbradbury.com

What a terrifying fact.

In this spine chilling thriller, Bradbury tantalizes the readers senses, provoking goosebumps and the sudden need for your childhood blankie. The dialogue and descriptive detail paint vivid pictures of dark deceit and eerie realness.

Alfred Hitchcock, known as the master of suspense, has easily been given a run for his money. Prospects is a gripping tale like Hitchcock’s psychological thrillers with its disturbing and carefully crafted story-line.

I would definitely recommend this book to anyone interested in real suspense.