There are plenty of well-heeled heels to choose from among the suspects with murderous motives: love, lust, lucre, and loathing.

Hang on as a three-ring-circus of calamities draw Jessica and her friends into another whirlwind whodunit. Family dysfunction, infidelity, murder, and mayhem–what else can you expect from members of the rich and famous in Jessica Huntington’s social circles?

Jessica’s mother, Alexis, and her ex-husband, Jim  Harper, are in big trouble in A Dead Mother.  Mom’s back in the desert–in the hospital. An arraignment in court goes off the rails after Jim Harper’s Bel Air mansion is trashed and a man is left fighting for his life. Jessica’s love life almost veers off track, too, as she struggles to balance job, family, sleuthing, and her attraction to Attorney Paul Worthington and Detective Frank Fontana.

When the body of her client, a prominent member of the Palm Desert community, is found dead on the side of the road, Jessica gives up hope that this year will be better than the last. There are plenty of well-heeled heels to choose from among the suspects with murderous motives: love, lust, lucre, and loathing. 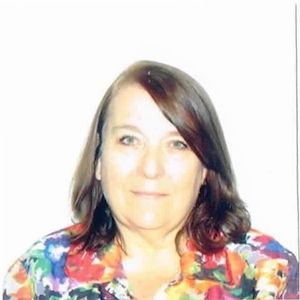 Life is an extravaganza! figuring out how to hang tough and make the most of the wild ride is the challenge.

On my way to Oahu to join the rock musician and high school drop-out I had met in San Diego and married in Tijuana, I was nabbed by the police as a runaway. When the police let me go and the rock band broke up, my husband and I had to find another way to survive.

Our next stop: Disney World where we trained to be chefs, courtesy of the Walt Disney World University. A GED for my husband and many more years of education landed us in academia at The Ohio State University.

Retired now from my role as a professor in social work and behavioral science, I have picked up a long-time interest in writing fiction. I’m still married to the same sweet guy and live with him in the Palm Springs area. In addition to reading and writing fiction, I enjoy painting, hiking, hanging out with my handsome husband and tending to my Siamese kitties.

Jessica is propelled into another murder investigation when her prominent and wealthy client is found dead alongside the road. Who would have wanted to kill Beverly Windsor? Was it the gigolo she was considering marrying, the daughter who thought the gigolo was going to make off with her inheritance, someone in her HOA who wanted her out of her house or a random act of violence?

In the meantime, Jessica has to hear about her ex-husband, Jim and his Hollywood Blonde wife, Cassie Carlysle, going at it tooth and nail when a party at their home gets out of hand with booze and drugs. Did Jim really attack Cassie’s cousin and leave him in a coma?

Was the man really her cousin or something more. Did Cassie do the attacking? Which parent is going to wind up with their new baby? Is it even Jim’s baby? Jessica’s boss is Jim’s attorney so she will have a front-row seat to the sideshow as it hits all the gossip papers and TV channels. Jessica and the Cat Pack are once again more than knee deep in murder and mayhem! Will they get thru this latest mess without any mishaps? With Jessica, the only given is the totally unexpected!

This fourth book in the series continues giving us some wild and wacky adventures. On the edge of your seat action mixes with hilarious incidents that will give you a wonderful read. I am on tenterhooks waiting for the next book and you will be too!