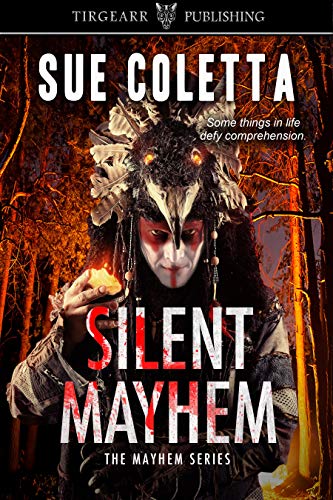 Can she find the strength to move forward, or will the truth destroy her?

Some things in life defy comprehension, but that doesn’t make them any less real. Or deadly.

When a familiar crow drops a cryptic scroll at Shawnee Daniels’ feet, she’s compelled to open it, even though everything in her power warns her not to. Mr. Mayhem—the most prolific serial killer the North Shore has ever known—claims her life is in danger. He “claims” he wants to help her, but just last year he threatened to murder everyone she loves.

While Mayhem taunts her with oddly-placed feathers, like The Creator left at his crime scenes, an interstate killing spree rocks Massachusetts and New Hampshire. A madman is decapitating men and women, dumping their headless corpses on two area beaches.

But what Shawnee soon uncovers shatters all she’s ever known, her memories shredded, the whispers of the past in shambles on the ground.

Can she find the strength to move forward, or will the truth destroy her? 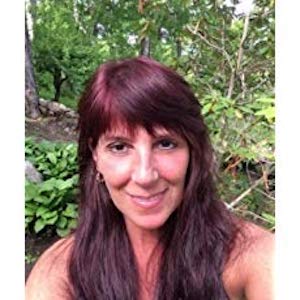 Sue Coletta is a proud member of Mystery Writers of America, Sisters in Crime, International Thriller Writers, and the Kill Zone, an award-winning writing blog where she posts every other Monday.

Sue’s a bestselling, award-winning, multi-published crime writer in numerous anthologies and her forensics articles have appeared in InSinC Quarterly. She’s also the communications manager for the Serial Killer Project and Forensic Science, and founder of #ACrimeChat on Twitter.

A 2018 & 2017 Award-winner of Feedspot’s Top 100 Crime Blogs on the Net (Murder Blog sits at #5), Sue shares crime tips, police jargon, the mind of serial killers, true crime stories, and anything and everything in between at https://www.suecoletta.com.

For readers, she has the Crime Lover’s Lounge, where members will be the first to know about free giveaways, contests, and have inside access to deleted scenes, when available. As an added bonus, members get to play in the lounge. Your secret code will unlock the virtual door.

Sue lives in northern New Hampshire with her husband, who deals with a crazy crime writer feeding circus peanuts to crows named Poe and Edgar, a squirrel named Shawnee (the Marilyn Monroe of squirrels, with her silky strawberry-blonde tail), and a chipmunk dubbed “Hippy” for his enthusiasm and excited leaps each time he scores a peanut in “Hip, hip, hooray!” fashion.