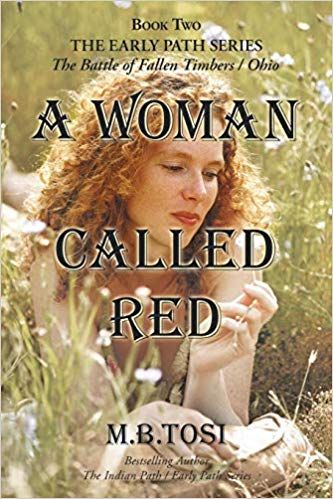 Experience the love, courage, and faith of a young woman during the difficult times.

In the years after the Revolutionary War, seventeen-year-old Hannah Anderson’s life changes drastically. In the once peaceful setting of a mission in eastern Ohio, the threat of war fills the air.

Worse yet, Hannah’s beloved mother and baby brother die, which leaves an unfillable void in the Anderson household. When her preacher father becomes despondent and unapproachable, Hannah seeks solace in the forest, and by chance, meets an enigmatic stranger who befriends her.

Tragedy strikes, however, and Hannah faces a long recovery from a devastating injury.

In the Treaty of Paris in 1783, many Native American homelands are granted to the United States. This vast area of land bordering the Great Lakes is called the Northwest Territory, and Ohio is included in the land grant.

Against the backdrop of Native tribes converging in Ohio for battle, Hannah faces abandonment by her father and an arranged marriage.

While contemplating her own personal issues, she is captured by a militant tribe and nearly killed.

The story culminates in the Battle of Fallen Timbers, and Hannah’s ultimate choice for her future.

The Early Path Series includes The Broken Violin, which is about the Revolutionary War, and her newest book, A Woman Called Red, which is about the battle for Ohio in the late 1790s. All of M.B. Tosi’s historical romance books are standalone fiction with new characters, and they can be read in any order.

M.B. Tosi has also been an editor of non-fiction books and a weekly newspaper. She teaches piano and has a bachelor’s degree in journalism and a master’s degree in education.

Born in Pierre, South Dakota, she has lived in Alexandria, Virginia; Bucks County, Pennsylvania; and Toledo, Ohio. She has three children and six grandchildren.

I loved reading A Woman Called Red from The Early Path Series – from the moment I started reading it, I was captivated.

M.B. Tosi never disappoints; her books are filled with history, intrigue, and romance. As she tells the story, we get to feel what it was like for the Native American Indians as well as the Early Settlers.

We get to experience the love, courage, and faith of a young woman during the difficult times of not only a devastating injury but the problems they faced as Early Settlers expanding into the Native American Territory in Ohio.

I love reading M.B. Tosi novels, she brings historical fiction to life and you feel like you are there experiencing everything right along with her characters.

You won’t be disappointed with this book – another masterpiece from M.B. Tosi!