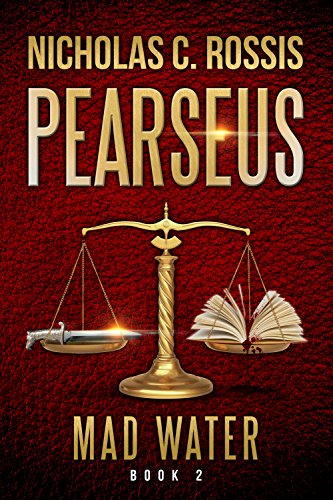 On a planet rife with passion, ambition, envy, and love, everyone has an agenda: yesterday’s crime is tomorrow’s retribution.

All Lehmor wants is to warn the First of the imminent danger presented by the enigmatic Iotas—the planet’s original inhabitants, long thought extinct by everyone.

But a chance encounter with Cyrus leaves him almost dead until the Iotas rescue him.

Will they convert him to their cause, or can he escape before they unleash an army of monsters on the unsuspecting First? 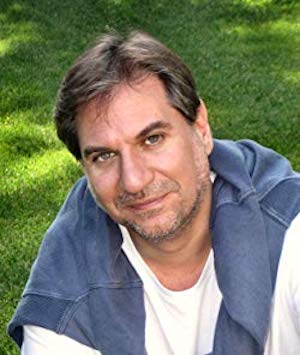 Nicholas C. Rossis lives to write and does so from his cottage on the edge of a magical forest in Athens, Greece. When not composing epic fantasies or short sci-fi stories, he chats with fans and colleagues, writes blog posts, and enjoys the antics of two silly cats and his baby daughter, all of whom claim his lap as home. His books have won numerous awards, including the Gelett Burgess Children’s Book Award.

In addition to his best-selling series, Pearseus, he writes short science fiction/speculative fiction stories, many of which have appeared in various collections and anthologies. These include Infinite Waters, which was voted one of the best 50 Indie books of 2015.

What readers are saying about Nick’s fantasies:

“Most avid readers still have books from their childhood which they read over and over again. ‘Runaway Smile’ has joined the list.”

“From the very first sentence I realized I was not reading a book, I was going on an adventure.”

“Each story is like watching an old episode of the Twilight Zone.”

Loosely based on the 5th BC Persian Wars, Pearseus mixes science fiction with epic fantasy and paranormal elements.

From a grieving father who faces his darkest choice between revenge and honoring his vows, to a terrified boy struggling to find his way home, our heroes must overcome politics, murder, and betrayal as they become ever more embroiled in a war against an ancient enemy.

A war that threatens to destroy the whole of humanity.

The dictator might be gone, but the aura of Pearseus, if anything, darkens. Cyrus, the new ruler of the Capital, might have a purer heart, but his mind is equally addled. Gella teams up with Theo to fight Jonia, but their outlook couldn’t have been more different. Lehmor wants nothing more than to reunite with Moirah, but his trek takes him to a different realm where he uncovers a threat like no other. And when he spreads the word, instead of unity, deeper rifts are created.

In a planet rife with passion, ambition, envy, and love, everyone has an agenda, feeling quite smug for pushing it forward. If they knew what lurks in the shadows, they might be able to see the strings attached to all their limbs.

This is an ambitious series. As I noted in my review of the previous book, Rise of the Prince, it is not just about survival on a foreign planet and co-existing with other races. It’s a study in human nature with philosophical undertones—a thought-provoking tale.

But that is not at the cost of the book’s readability. The action here picks up as strong personalities clash and devious plans are put into effect. Heroes of the past turn villains, distrust grows and not just of perceived hidden agendas but of the way their entire world is perceived.

What I particularly enjoyed in this book is that Nicholas C. Rossis assumes a take-no-prisoners approach in the language he uses. It’s as if the protagonists are finally taking position center stage for a bare-knuckled fight, and the reader can see every muscle twitch while they stare each other down.

But what’s super exciting is that we know that the referees of these matches are not only invisible, but they have vetted interests in the fights they’re officiating. Who will win?

Even though foreign worlds with a multitude of characters are not my usual read, I can’t wait for the final installment of this exciting and stimulating series!