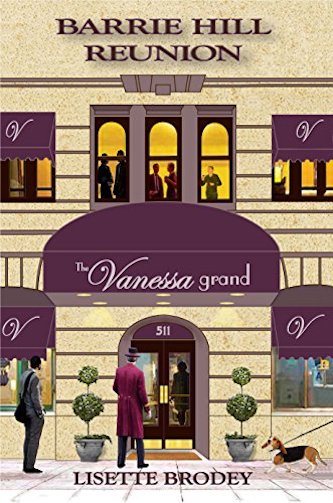 I am continually astonished at Lisette Brodeys’ ability to take stories about human beings, write them in accessible prose and then capture the reader.

In the mid-1960s, at an elite college in the quaint town of Barrie Hill, Connecticut, a group of literary-minded students met regularly off-campus at the Vanessa Grand Hotel. Often late into the night, they would discuss the day’s news, analyze literature, philosophize, trade barbs, and socialize.

Twenty years after graduation, in 1986, the group’s founder, Clare Dreyser, organizes a weekend reunion. Seven former Barrie Hillers and one guest get together, eager to re-create an extraordinary time in their lives and reunite with old friends.

From the outset, and baffling the group, Leah Brent displays a brash, condescending attitude for nearly everyone and everything. To the chagrin of actor Bart Younger, Leah immediately lays out the unwelcome mat for his wife, Aimee. No one, not even Leah’s husband, Colin, is immune to her wrath, but Leah is relentless in her bizarre and cruel quest to bring down her primary target: Clare.

As the reunion progresses, the Barrie Hillers strive to enjoy their time together as they become enmeshed in personal dramas, struggle with matters of ethics, and weather escalating uncertainties that threaten to destroy their lives. By Saturday night, the second day of the reunion, karma makes a surprising and shocking visit. As the Barrie Hillers’ time together draws to an end, each is changed forever. 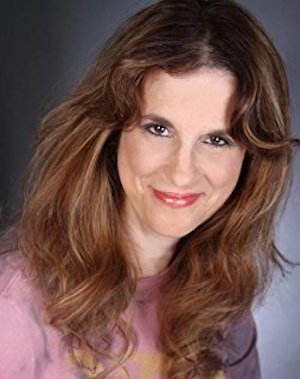 Lisette was born and raised in Pennsylvania. After high school, she moved to New York City where she attended Pace University and studied drama. After ten years in New York, several of them working in the radio industry, she moved to Los Angeles for four years where she held various positions at Paramount Studios in Hollywood and CBS Studio Center in Studio City, CA.

Back on the East Coast, she worked for many years as a freelance writer, specializing in PR and the entertainment industry. In 2010, she returned permanently to the Los Angeles area.

In addition to her seven novels, two of Lisette’s short stories are published in an anthology: Triptychs (Book 3, The Mind’s Eye Series.)

Her eighth book, due in 2018, will be a collection of short stories in the literary fiction genre.

Most people read because they love a story that engages and moves them. And simple as that is; so much writing can be distancing or otherwise disengaged. I am continually astonished at Lisette Brodeys’ ability to take stories about human beings, write them in accessible prose and then capture the reader. All her books do this, which is why I so looked forward to this one.

The “Barrie Hillers” reunite after twenty odd years on a May weekend; college friends who had formed a literary society in the sixties. All of them have unique lives, and like all reunions; differing fates, levels of success and, of course, secrets. Inevitably their conversations are analyzed, criticized and challenged by the venomous playwright, Leah Brent.

Far from being out of character for her, this appears to be who she really is. I gather this novel took years to come to fruition, and it shows; I get the impression that the author knew these characters well indeed by the time she was done. I have called Lisette Brodey both human and humane in print previously, and this book does nothing to change my mind.

While many of her books have dealt with painful issues and struggle between feeling people, the Barrie Hill Reunion, in some ways, is the harshest of all; taking place under the polite veneer of a weekend reunion. You wait and wait; watch the cracks for; wait for something to break and then… well, that’s enough.
Another wonderful book from Lisette Brodey. Highly recommended, perhaps in a hotel bar with a glass of white wine.