The Scattering by Kimberly McCreight

The Scattering was a perfect balance between dystopian and actual reality.

New York Times bestselling author Kimberly McCreight raises the stakes in the second book of the heart-pounding Outliers trilogy, a uniquely speculative story about secrets, betrayal, and a world where one small group of people are blessed—or cursed—with an incredible power.

Wylie may have escaped the camp in Maine, but she is far from safe. The best way for her to protect herself is to understand her ability, fast. But after spending a lifetime trying to ignore her own feelings, giving in to her ability to read other peoples’ emotions is as difficult as it is dangerous.

And Wylie isn’t the only one at risk. Ever since they returned home, Jasper has been spiraling, wracked with guilt over what happened to Cassie. After all they’ve been through together, Wylie and Jasper would do anything for each other, but she doesn’t know if their bond is strong enough to overcome demons from the past.

It is amid this uncertainty and fear that Wylie finds herself confronted with a choice. She was willing to do whatever it took to help Cassie, but is she prepared to go to the same extremes to help complete strangers . . . even if they are just like her? 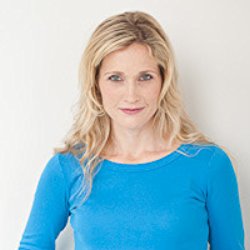 Kimberly McCreight is the New York Times bestselling author of THE OUTLIERS and RECONSTRUCTING AMELIA, which was nominated for the Edgar, Anthony and Alex awards and the USA Today bestseller WHERE THEY FOUND HER.

I LOVED this book! Thrilling, riveting and compulsively readable — I could not put it down. As a big fan of The Outliers, I had high hopes for book 2 and it did not disappoint, building on the momentum of book 1 and developing the characters I loved.

Can’t wait for the next book in the series!

WOW! This book had me at the edge of my seat. Wylie, a teenage girl with anxiety, becomes a friend to the reader as the book reveals more and more secrets. She went from cutting her hair really badly to being able to save people.

The Scattering was full of suspense and a sense of danger. The plot had so many twists and turns, it was a perfect balance between dystopian and actual reality. It left me with so many questions, I can’t wait for the next book in the series.