What does Christina Carson say about writing? 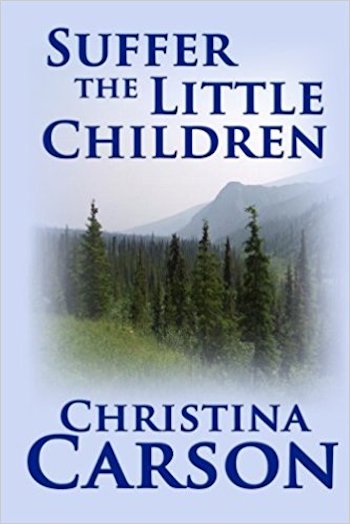 I enjoy exploring topics or issues I want to understand more fully, and a novel is a fascinating way to do that.

I have known Christina Carson for a long time, both on the Internet and in person. She was a great friend, known only by her emails, until Stephen Woodfin and I met Christina and husband Bert in Vicksbug, then Natchez.

Christina is one of a kind, a blend of talent and introspection. Her prose is the stuff of literary fiction. To read her work is to know her better. She bleeds her life, her despair, her hopes, and her dreams into every sentence she writes.

She doesn’t write about characters.

She lives their lives with them.

And we live their lives through her words.

Christina Carson is the author of Accidents of Birth, Dying to Know and Suffer The Little Children. She is presently working on a short story collection.

Christina says:  I write novels primarily because I enjoy exploring topics or issues I want to understand more fully, and a novel is a fascinating way to do that.

Step One: I start with a question, something I can capture in a sentence or two, which delineates what it is I want to know.

Example for Suffer the Little Children: What is it that parents do which results in a child seeing no alternative but to run away?

Example for: Dying to Know: Is there not another view of sickness and disease that could put the power to heal into our own hands?

Step Two: I pick a location I know well or at least have some familiarity with where this story is going to take place, one where I’d like to spend some time.

Step Three: I determine what the protagonist is going to be like, and add one or two of the other initial characters in the same manner. It’s sketchy at first and fills in as the character reveals more and more of him or her.

Step Four: I decide which character is going to be the “truth teller,” meaning, if I need to introduce information or ideas that are not mainstream, this character will be a credible source.

Step Five: I write the first chapter and then sit back and ask myself, “With what happened in chapter one, what would be the next logical sequence of actions these characters would take?” That then becomes chapter two.

I keep going chapter to chapter in that manner, recording the natural actions, conversations choices and consequences this set of people would experience in the circumstances in which they find themselves. If you understand people, you will intuit what they’ll do next, and chapter by chapter I move toward the resolution or answer I’m seeking.

If research is required, I do it as needed. As well, I keep extensive notes on anything I might need to revisit or that helps keep an accurate time line. I summarize each chapter after it is written primarily for reference purposes, in case I need to track something down.