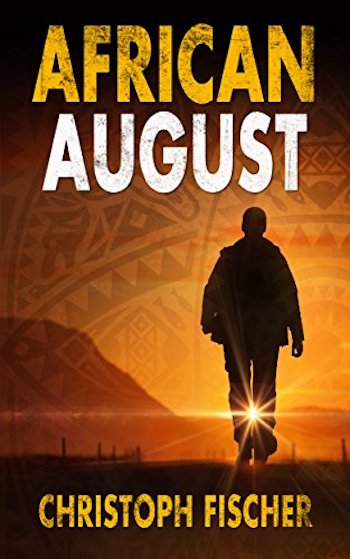 Uganda is definitely a breath of fresh air – was so vividly described that I felt completely immersed in this mysterious and dangerous new world.

When Timothy, a budding author, puts his lucrative banking career on hold for the chance to go on the adventure of a lifetime in Africa, he gets far more than even he had bargained for. He teams up with a host of intriguing characters, from gay air stewards to beautiful, adventure-seeking women on his journey to self-fulfilment and self-discovery.

Risking his life negotiating white-water rapids and encountering some unanticipated jungle dangers, Timothy has his eyes opened to harsh realities, worlds away from the cossetted life he’d been living back in London. Soon, he and his companions find themselves caught up in deadly civil unrest.

This is a tale of love, loss and growing up on a continent where the political situation is even more volatile than the weather, and where adventure and tragedy are only a heartbeat away. The wind can change very quickly in an African August…

Upon deciding if I wanted to purchase this book, I read the first couple of pages on Amazon and discovered that “the wind can change in a second in an African August.” That intrigued me and once I skimmed the synopsis, I immediately downloaded the Kindle book. I was sure glad I did. A storyline taking place in Africa in the midst of political chaos is a very timely read.

Drawing on the richness of Africa, its natural beauty and animal intrigue intensifies the read. And the characters, cast with so much complex richness moves the plot along at a rapid pace. It all comes together in a really fast-paced great read, as our protagonist, Timothy, undertakes a lifetime change that brings him to danger, intrigue, and rude shocking realities. As he sets out on his flight to Uganda, feeling free for the first time, he meets a woman, Annie, who is also going there to live among the gorillas.

But first, she has a diversion elsewhere. Right away, there’s chemistry and I wonder if they will in fact later hook up. (No spoilers here) The flow of dialogue that propels the story along is delightfully silky smooth. One thing I especially like about the writing is how the protagonist is a writer and upon meeting someone envisions how he can cast him in his stories, like an obnoxious fat businessman he also met on the plane and again in his hotel bar.

Timothy is smart, witty, somewhat naive, and sarcastic; a great blend of authentic human qualities, a mix designed to engage the reader. He makes friends easily, like a group in a bar who are going river rafting, and the adventure unfolds, so does the rude awakening about life in Africa.

Without retelling the storyline suffice it to say this was a well-crafted, read that I thoroughly enjoyed right down to the surprise ending that I didn’t see coming, that kept surprising me into the epilogue. Now, that’s a really good read.

I’ve been a fan of Christoph Fischer for a long time, so naturally, I grabbed this new release as soon as it came out. I expected a riveting, fascinating story, and it certainly didn’t disappoint. First of all, the unusual setting – and for me personally such an exotic location as Uganda is definitely a breath of fresh air – was so vividly described that I felt completely immersed in this mysterious and dangerous new world.

I learned a lot of new facts about the political and social aspects of life in Africa, and discovering it through Timothy’s eyes was truly incredible. The danger and the inner state of hopelessness when the unwitting tourists found themselves face to face with a gruesome reality of the world, which most of them pictured as idealistic, was palpable and made me flip through the pages faster. And the main issue of finding oneself and one’s place in life was also very cleverly presented, and will definitely leave you thinking. 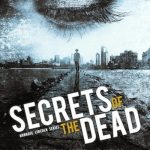