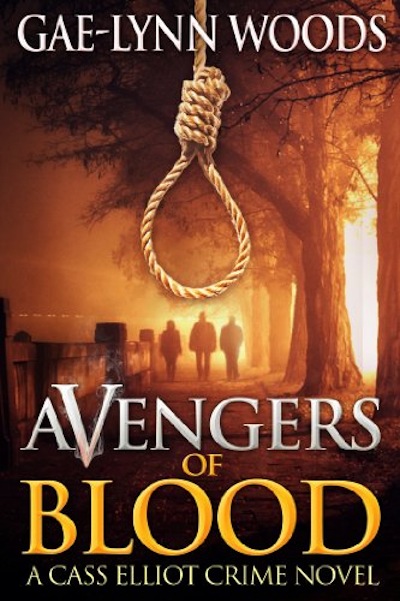 We have a crime that reaches across decades, effects multiple lives, and sets them on an intersecting course that has deadly consequences.

When I reviewed The Devil of Light. I called Gae-Lynn Woods one hell of a storyteller. That hasn’t changed. With Avengers of Blood, the “Devil” sequel, she’s another step farther along cementing herself as one of this generation’s premiere crime writers.

“Avengers” picks up where “Devil” left off, with suspended Forney County, Texas, sheriff’s detective Cass Elliot working her way back onto the job, impeded as usual by an incompetent boss and cheered by fellow investigators.

And good ol’ Forney County, where the most comical fictional newspaper ever exists (the Forney Cater), gives Cass and the crew plenty to do, as a new string of murders pile up and, initially, confusion reigns. It appears the killings are related, but the crew is having some difficulty finding a common thread until they get an old – and unusual – lead that starts to unravel the complex scheme.

I can’t (and won’t) go into too much detail because part of the joy of reading Woods’ writing is each new discovery. Suffice it to say she’s come up with one of the most interesting villains I’ve ever encountered.

Ms. Woods’ sense of humor shines as brightly as her attention to detail, and there’s just enough teasing of things to come in “Avengers” that’ll have you champing at the bit for more. Bravo!

While reading this crime thriller I was constantly reminded of the new song out on the radio “The Hanging Tree.” Very apropos.

At the beginning we have a crime, a crime that reaches across decades, effects multiple lives, and sets them on an intersecting course that has deadly consequences.

This is the second book in the series. I didn’t really pay attention to that fact when I bought it and did find myself slightly lost at times when parts of the plot line were continuations of events from the first book but it hardly effected my enjoyment of the book.

Even though this is book feeds off the previous one, the characters are very well written, so much so that I felt like I knew them even though I didn’t read the first book.

One of the appeals of this book is that it is one that hooks you in quick and then keeps you reading longer than you expected. The ebb and flow of the plot line is masterfully written, so that it was rare that I skimmed through boring or non-essential filler stuff.

Cass is a great character and you really get interested in her story. She’s really brought to life in a way that she becomes less of a fictional character and more of someone you might read about in your local paper investigating a crime scene.

There are plenty of twists to the story and one dosie that defiantly rates a “Damn!”

A definite addition for crime and mystery fans. 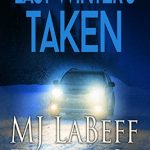