Daily Review: Bells on Her Toes by Diana J. Febry 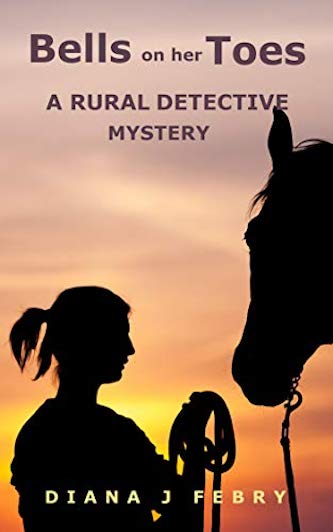 The verdict: An excellent mystery story with interesting characters and top-shelf writing.

The police are baffled by the discovery of a stranger shot in the forehead in a disused barn. When people connected to Elmsgrove Racing Stables start turning up dead the race is on to uncover how the stranger is connected to the area and who is behind the murders.

The racing community is about to learn their deadliest enemy may be someone close. The quiet drinker in the corner of the pub may be a serial killer. And the crazy drunk may be the key to unlocking the mystery.

This classic whodunit murder mystery kept me guessing to the very end. Detective Fiona Williams and her partner, Peter Hatherall, are on a murder case with a cast of suspects as varied as a deck of cards.

I marveled as the author expertly dealt a hand of characters, casting suspicion first upon one, twisting the plot to cast suspicion on another, and then twisting the plot yet again so many times I lost count. I consider myself good at second guessing mysteries and I thought I had the murderer figured out.

It took me almost to the final chapter to learn I was dead wrong. I was completely surprised when the culprit was revealed.

Ms. Febry paints pictures with her words. Her writing is articulate, detailed, and vivid. Her description of people is especially colorful and artfully done. Here is one small example:

“His eyes had become increasingly small and pig-like as the years progressed, peeping out from behind his bulbous, purple nose. It seemed each year, as his hair receded, a little more of his true ugliness revealed itself, as his handsome disguise slipped away.”

With writing this intelligent, witty, and descriptive, I was thoroughly entertained throughout the book. You can bet I will read more by this talented writer. Bravo!

Murder most foul has been done on the estate of the Earl of Ditchburn and it’s up to coppers Fiona Williams and Peter Hatherall to close the case.

It’s not long, however, before they are practically up to their ears in bodies and the fact they have been warned to tread lightly in their investigation because the earl’s family may – or may not be – involved doesn’t help matters any.
Add to that the fact that Hatherall’s personal life is a mess and his partner’s isn’t in much better shape and you have the makings of a very interesting story.

Author Diana J. Febry’s Bells on Her Toes is a cross between an English country mystery and modern American detective story with some fairly flawed characters on both sides of the law. The setting is pure English, complete with members of the nobility and quirky village characters. Hatherall and Williams, meanwhile, could just as easily be prowling the mean streets of New York or Chicago.

Beset by personal problems that might easily get in the way of their jobs, worried about how well they are investigating the case, unsure of their partnership; Hatherall and Willliams could pass for any number of American detectives. This blend of rural English mystery and detectives with enough personal problems to keep a psychologist busy for years makes for excellent reading.

The narrative is smoothly written and the plot has some nice little twists – complete with red herrings – that kept me guessing as to the murderer’s identity right to the very end of the story. That’s a big plus for me because I really do enjoy reading a book that keeps me guessing until the last few pages.

The verdict: An excellent mystery story with interesting characters and top-shelf writing.

Please click HERE to find Bells on Her Toes on Amazon. 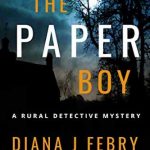