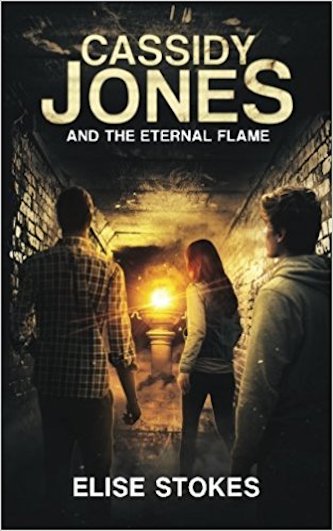 The plots are deeper, the emotions intense, the characters more developed and the villains even crueler.

Some boundaries should never be crossed… The diabolic Metal Woman takes three people hostage. Her ransom demand: the location of a mysterious and unprecedented weapon, rumored to have been a gift to the Third Reich from Vulcan, the Roman god of fire.

When a rescue attempt goes sideways, Cassidy Jones seeks justice. Her quest leads her to the Seattle Underground, where she falls into the grip of an inexplicable evil.

Cassidy learns too late that her desire for revenge may cost the life of someone she loves.

I’m a huge fan of this series and this is the best installment yet! Book Four ended on a bit of a cliffhanger, so I waited in anticipation to find out what would happen, and Elise Stokes did not disappoint. This book picks up right where we left off and reintroduces into the story the wonderfully cold, cruel, and metallic villainess Lily White…up to no good, as usual.

I don’t want to give away too much, but I really do appreciate how these books are maturing with the characters. Fans of Cassidy Jones grow up with her, in a way, as she learns to deal with the hand she’s been given, all while struggling with issues common to teenagers… and people of all ages, really. Cassidy’s over-all likability and morality are a driving force to the storyline, but my very most FAVORITE parts are the action scenes! Vividly written and heart-stoppingly tense, they really set the pace and keep me turning pages, well past my normal bedtime.

Seriously, these books just get better and better. I would highly recommend this series.

Cassidy is slowly growing up. What started as light, enjoyable pulp is now taking a darker turn. The plots are deeper, the emotions intense, the characters more developed and the villains even crueler.

Cassidy still remains the good, decent girl we came to love, but now has harder choices at every turn. She is conflicted, but still well grounded and makes the best possible decisions.

Emery is still the genius whose decision making is morally ambiguous. If not for the influence of Cassidy, I’m not sure he would be a good guy. Yet he is essential. Without someone capable of picking an acceptable, but less than a morally straight decision, she would flounder. Whereas she is unquestionably good, he is on the edge. There is more unbelievable about him than her. The struggles he makes to stay acceptable in her view is heroic in its own right. I feel that we can all empathize with his methods. Do we take the expedient path, or find a way to stay on the straight and narrow?

Jarad is the boyfriend that she really wants and is the kid every parent wants for their daughter. He is kind and caring. The choices placed on him are beyond the pale (you’ll understand when you read this book). The interaction between him and Emery is priceless.

Joe is a moral compass. Somehow, it seems he can do no wrong, even though his actions can be questionable. He is a surrogate parent. A trusted adult outside of immediate family that cares. Someone that society has robbed too many people of. He harkens back to a time of trust that has been destroyed by evil people in roles that they didn’t live up to. It is nice to see him pray, this is something that has been missing in the series.

Her parents are the good salt of the Earth people that have raised their children properly. While I feel her mum could use development, the love is obviously there. Her dad is starting to shine. You can feel his pain as he watches his daughter place herself in danger, but knowing that no one else is capable of what she has to do. My heart goes out to him as no parent should ever have to make the choices he is faced with.

Nate and Chaz did not get the attention they deserved in this book, but it was already a long and good book. Book 7 should be great for Nate as we need to see how this odd family dynamic has affected her twin. Chaz is cute and adds a humorous humanity, but really lacks depth (not a surprise due to his age).

Friends and classmates had a reasonable number of pages, but somehow felt shortchanged. I’m sure the next book will more than fix that. Merriam is a good girl that we want to see happy, but doubt she will make the right decisions, luckily others step in to help outside of her control. Robin was essentially missing, but that will soon be rectified.

Emery’s parents. Serena appeared enough but had little play. She joined scenes together but didn’t add much. Liked her role much more in previous books, but maybe that’s just how things worked out this time. Gavin is a scary person. While he may be on our side, the methods he uses are so questionable it is hard to agree with him. His influence on his son is telling. I grow to love his character more and more. It is good that not every adult that influences our main characters is saintly.

Lilly White is just evil. She is the antithesis of Cassidy. The choices that must be made in order to confront such a person are damaging to good people. Our main characters have so many decisions to make and few of them are good. I have to admit she isn’t really my favourite character out of the series so far but was perfect here.

This is a series that has grown with the readers of it. The content is for an older audience that the first book, but this is a good thing. We aren’t seeing an eternal young teen. The Hardy Boys and Nancy Drew never grew up, but we grew out of them (they are great series by the way). I wouldn’t want a 13-year-old to binge read this series (although at its most questionable it is still probably a much better influence than 90%+ of the teen novels out there), rather read it over a bit of time. Let Cassidy become a friend, not just a character. Let her choices provide an example of good decisions at hard times.

A fantastic book and looking forward to the next already.

Please click HERE to find Cassidy Jones and the Eternal Flame on Amazon. 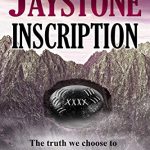