They need him and he needs a family, but who will get Skylar and Max to see that they are perfect for each other?

Max Logan longs for the joys of home and family he missed growing up in foster care. He fills that emotional void by becoming a kick-ass Marine, and for eighteen years, led his band of brothers from one hell-hole to another. Until the one that nearly destroyed him.

Sixteen months of therapy and rehab put his body back together, but some wounds can’t be seen. Some can’t be healed.

Skylar Ward dreams of a life that includes someone beside her. Someone to share her life and be a father to her young daughter. But if she learned anything from her failed marriage it was that you don’t rush into a relationship. Only Max Logan sparks her interest. But the handsome, brooding war hero remains aloof.

Seven-year-old Maddie Ward overhears a neighbor tell her mom she needs a male companion and immediately decides Max will do just fine. He needs a family. They need him. She just has to figure out how to make that happen.

Can a precocious child be the catalyst that heals and brings them all together or will ashes of the past bury hope forever?

Awarding winning author Dana Wayne is a sixth-generation Texan and resides in the Piney Woods with her husband and biggest fan, a Calico cat named Katie, three children and four grandchildren. She routinely speaks at book clubs, writers groups, and other organizations and successfully coordinated multiple writing events including conferences and workshops as well as appearing on numerous writing blogs.

Her first book (Secrets of the Heart) and third book (Whispers on The Wind) took first place in their respective categories in a statewide contest sponsored by the Texas Association of Authors in 2017 & 2019. Secrets was also a 2016 finalist in the ETWG Writing contest, a finalist for the 2017 Scéal Award for Contemporary Romance, Reviewers Top Pick and selected as a Top 10 Books to Read This Winter from Books & Benches online magazine.

Affiliations include Romance Writers of America, Texas Association of Authors, Writers League of Texas, as well as several local writers groups. She can be reached via her website, www.danawayne.com or email at danawayne423@gmail.com

In her introduction to Chasing Hope, Ms. Hudgins tells the reader that she wants to convey the effects of PTSD on a soldier.

She has accomplished this with an engaging cast of characters.

The villain, unfortunately, is all too real. He lives in most communities and causes trouble wherever he goes.

Our hero is a soldier fighting the PTSD syndrome, a legacy of his time in the military. His longtime enemy works at spreading lies about this soldier.

After reading this novel, Chasing Hope, I’m sure God can heal wounds through the touch of an innocent child’s hand.

This was a wonderful read and I can highly recommend it.

Chasing Hope by Dana Wayne is the story of two lost souls who are trying to find a hold in this world, but they end up finding each other and themselves in the process.

Max Logan joined the Marines and for 18 years he gave his best to his country. Things were going well, but one incident led to a chain of events that made him fall hard and get hurt more than just physically. He always wanted a family, but it seems as if it is not in the cards for him.

Enter his next-door neighbors Skylar and Maddie, a mother-daughter duo that barges into his life and they don’t seem to be leaving any time soon.

They need him and he needs a family, but who will get Skylar and Max to see that they are perfect for each other?

Chasing Hope by Dana Wayne is my kind of romance, one with heavy chemistry between the two protagonists and a surprise element that brings the story together. I absolutely loved how the story developed, how it took flight and ended.

The characters were all amazing, but Maddie was my favorite. She was a breath of fresh air that kept the momentum going and ensured that everything came together in the end. While Skylar had my sympathies, my heart belonged to Max who just tried so hard to move forward, survive but keep his heart intact.

I enjoyed the fact that the author kept the themes of familial love along with romantic love. The pace was fast, the love was simple yet energetic, and the dialogues were lively enough to make me want to know more about the characters.

To say that I loved this novel is not enough! Absolutely beautiful. It deserves these 5 stars.

Chasing Hope by Dana Wayne is more than a feel-good story about two people falling in love. The romance aspect is fun, of course, but this story is more about what it means to be kind, patient, and deserving of another’s respect and admiration.

Max Logan and Sky Ward are trying to go it alone as best they can, but when fate steps in and offers them both a chance at happiness, well, they simply can’t say no. They quickly find a sliver of hope amidst their past sadness and struggles, with Sky’s daughter, Maddie, as an adorable and quite precocious link between the two.

The romance between Sky and Max is a fast-moving train ride, but it’s also sweet, without being overly mushy. A word of caution: be prepared for a slightly steamy scene as the story progresses and as the romance starts to sizzle, but the sensual moments fit well with the character and relationship development of these two lovebirds.

Chasing Hope touches on some serious topics, such as post-traumatic stress disorder (PTSD), gossiping, and bullying. Managing the symptoms of PTSD from his time as a Marine is no easy matter, but Max is working through them one day at a time.

When he finds the acceptance and kindness in Sky’s eyes, he can feel the tight bands of panic and despair ease their grip on his heart and soul. Sky brings her own baggage to the table as a single parent trying to make ends meet, but the two of them fit perfectly together as they quickly flow through the phases of mutual attraction and love.

Of course, no story would be complete without a wrench thrown into the mix, and Cade Jackson is quite the wrench. He is a manipulative and hateful bully with an ax to grind, which makes him the perfect antagonist. While all the characters are engaging, Big John is a personal favorite (keep some tissues handy for some happy tears).

Dana Wayne knows how to draw out a plot that is predictable in all the right places yet still offers twists that surprise, delight, and keep the story moving along at a brisk pace. The sentimental factor is high in Chasing Hope because it shows that even the toughest soldier and the most determined single mother need a bit of hope, a warm hand to grasp, and a home filled with family, laughter, and unconditional love.

Bonus: The two recipes at the end sound delicious and have already been added to my meal plan! 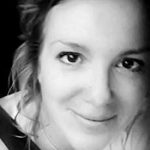