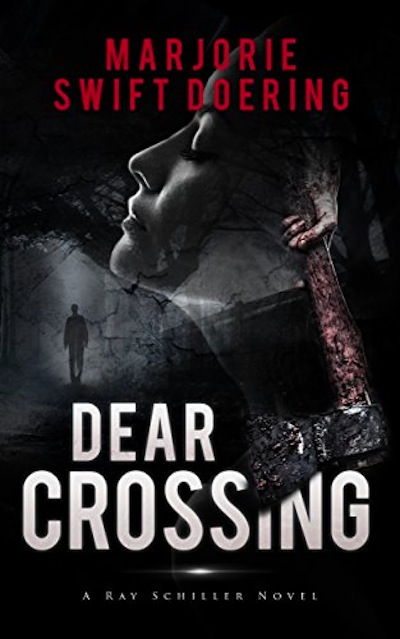 Readers are in for a thriller with characters they won’t ever forget.

Marjorie Doering has found a new and exciting niche in the murder/mystery genre that will grasp readers and keep them coming back. A broken hearted cop, who seems bent on destroying himself and the town he serves, opens the door to a ghastly murder investigation. In jail for drunk and disorderly, Officer Ray Schiller is still needed on the job until Chief “Woody” Newell can give him the boot.

Step up and meet characters who are three-dimensional and readers will discover to their delight that none are as they seem on the surface. When Paul Davis’ beautiful and rich, society wife is found dead, the list of suspects starts with her ambitious husband and goes from there. Greed, lust, and a plethora of other emotions head the list of reasons for Valerie Stockton Davis’ murder.

Despite an obvious case of Hero Worship by the rookie member at the station, even Neil Lloyd isn’t safe from Ray’s rampage. The two manages to get into a round of fisticuffs that leaves them both bruised and bloody. But may lead to the only friendship Ray has on the force and in the town.

Did the tall, dark and ‘handsome’ stranger who drifted through town on the night of the murder have anything to do with Valerie’s death? Who is the beautiful-enough-to-die-for blonde living in real estate fit for a queen? What about sweet, fresh Amy, the waitress at the Copper Kettle? Is she as innocent as she seems?

And what does a lost cow and a massive-horned bull have to do with the whole thing?

Readers are in for a thriller they won’t ever forget in Dear Crossing, a Ray Schiller Series, by Marjorie Doering. Keep your eyes peeled at Amazon for future Ray Schiller books in the series.

Very original plot with many twists and turns and an unpredictable ending. The main character, Ray, a policeman fighting with his own personal demons after he finds his wife cheating on him, is a believable hero the reader quickly identifies with.

He struggles to work with an inexperienced police chief and an awe-struck partner to unravel the murder of a woman found with her arm chopped off. Enjoyable, interesting characters.