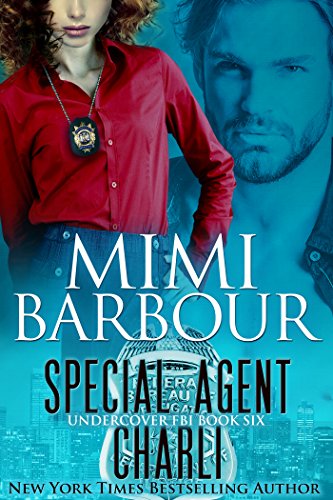 A great combination of thrills, suspense, and romance. Just the right amount of snark, humor, and sizzle.

To make matters worse, she has to accept the womanizing local FLPD Major as her fictitious fiancé and her backup on the dangerous mission.

Blake Sebastian is tired of his role as a lover for the women who hang around him in droves. Problem is – he doesn’t trust any of them with his heart, never mind with his future.

Charli is not impressed.

This is a great combination of thrills, suspense, and romance. I was drawn to all of the characters that were thrown together to protect a young witness. Just the right amount of snark, humor, and sizzle.

Foster kids, a diabolical hitman, a sexy police chief, a stressed out FBI agent and a very charming grandfather…who could ask for more. OK, maybe throw in a cute little dog at the end.

In the world of mystery writing, some things can be telling. Like when you want to drop everything else in order to read a certain book because you HAVE to find out how it’s going to end. Mimi Barbour’s SPECIAL AGENT CHARLI was such a book––in spades.

Starting out with a heart wrenching foster care scene, I immediately fell for Kayla, the abused, parentless girl. A touching teen, she was, without warning, suddenly thrust into a Hitchcockian situation and bam! The book was off and running.

The murder mystery itself was expertly paced; talk about little cliff hangers and edge of your seat chapter endings that headed toward a thoroughly dramatic, action-packed dénouement. But for me, what also created true staying power was the depth of the characters. Their motives, their backgrounds, their angsts, along with their consistent appeal.

I really wanted the tough female lead, Charli, suffering from PTSD after a recently finished narcotics undercover stint, to fall for Blake, the sexy, used-to-women-throwing-themselves-at-him undercover cop and come together romantically…but because of their complete opposite dispositions,

I wasn’t sure if it was ever going to happen. (No spoilers here!). Another star of the show was Charli’s Grandpa, her “Poppa John,” (Apparently based on Ms. Barbour’s own grandfather), who was a complete hoot, and a lifesaver in more ways than one. All in all, a wonderful 5* read!

Burned out and craving a wonderful vacation with her beloved Gramps, special FBI agent Carolina “Charli” Madison is not too pleased when forced to change her plans, in order to protect Alicia, a troubled teenage girl who witnessed a murder.

Since the killer is a notorious slippery gun for hire the bureau had their sights on for years, she accepts to protect the girl by pretending to be her stepsister. Assigned to assist her is Major Blake Sebastian, who’s supposed to play the role of her ex-fiance.

Her sexy fellow cop likes women a lot, but in his mid-thirties, he doesn’t enjoy his wham-bam-thank-you-ma’am lifestyle as much as he used to. While stuck under the same roof with Charli and Alicia, he begins to appreciate the rewards of settling down.

And as the thriller/crime side of the story unfolds, Charli and Blake make a great team against a worthy adversary.

All in all, a great read that has a bit of everything, and made me wistfully wish I had a Poppa John in my life, with all his kindness, quirkiness and ageless, non-judgmental humor.

It was my first book by, Mimi Barbour, and I have discovered a new favorite author!