Daily Review: A Field Beyond Time by Lesley Hayes 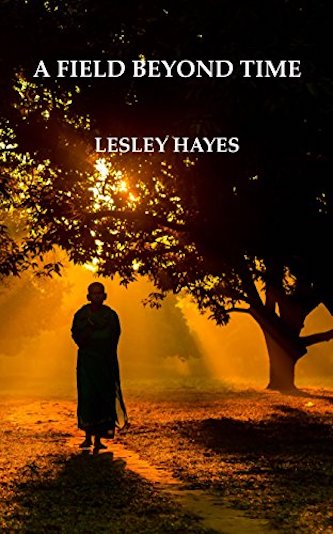 This is a story of depth, regret, and redemption.

Two people, a world apart, separated by time and grief, their lives destined to converge… but what happens when finally they meet? Almost forty years ago, on an ashram in India, a devastating series of events led to Daniel’s complete psychotic breakdown.

Since then he has worked hard to remake his identity, keeping his history under wraps. Now a successful psychotherapist, but with his once happy marriage unexpectedly crumbling, Daniel wakes from an ominous dream, warning him that his past is coming back to haunt him.

Daniel’s tortured memories, recorded in his journal, connect the present with his mysterious past. What really did happen in India? Daniel’s wife Callie also has secrets and her reasons for keeping them. Can their relationship survive? And what will happen when Mira confronts the realities of her own beginnings and the story that has sustained her whole identity?

This original and complexly layered novel reveals the shifting nature of truth, the indestructible depth of human connection, the power of negative enchantment, and ultimately the redemptive spirit of love.

This took me a few times to start because it is not a light read. You need to pay attention and put any distractions away. Once I did, I was able to really get into the story and read it in one sitting. The author has a decent way with description, something I almost envy.

Basically, it tells the story of Mira and her mother, Callie, and her husband and then flashbacks to show the relationships and connections. It is a psychological work with a lot of foreshadowing and flashbacks. The author made use of both third-person narration for background, and first-person to get into the characters heads. It made it interesting to see their thoughts/feelings and misunderstandings.

The story touches on: cancer, suicide, mental/verbal abuse, mental/emotional problems, marital discord, homosexuality, drug use, religion, abandonment, trust and betrayal. That is a lot to cover in 200 pages, but it is done and done well.

These are all topics that connect with readers, as we have all been affected or known someone who has been affected by such conflicts/topics/dilemmas.

At some points, I wanted to slap the characters, and that might be because British Author Lesley Hayes is more refined than me, a woman from New Jersey, USA. I wanted to shake Callie and say “You’ve been married for 15 years to a man, and you are believing some woman you never met? Throw her out!”

At another point, Mira just seems to act like a brat–at 40 years old. Snap out of it! Daniel wants to confess and is too chicken to do it, “Man up!” And although I say this, the point is that I felt THAT strongly about the flawed characters and the story that I was yelling at them lol— that is a good author. If they weren’t flawed, there would be no books at all.

The hidden past is about to be revealed in A Field Beyond Time by Lesley Hayes. Daniel, with the aid of his crass, surly coot of a father, has buried his secrets and lifeline of bad blood in the recesses of his memories, where fact and fiction have merged into an unknown world of self-torture.

Callie, his wife, hiding a secret of her own, is left to choose which Daniel she married, and what belief to pin upon his chest. All the while, Mira is on her own crooked path to find the buried secrets that connect them all, the truth that breathes with her own existence.

Told with masterful skill and a penetrating perspective that will leave you questioning yourself and your own place in the field beyond time and consciousness, this is a story of depth, regret, and redemption, that I highly recommend. I look forward to reading more from this author!

Please click HERE to find Beyond a Field of Time by Lesley Hayes. 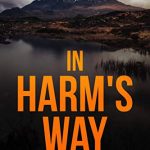