Daily Review: Under The Ground by Garry Rodgers 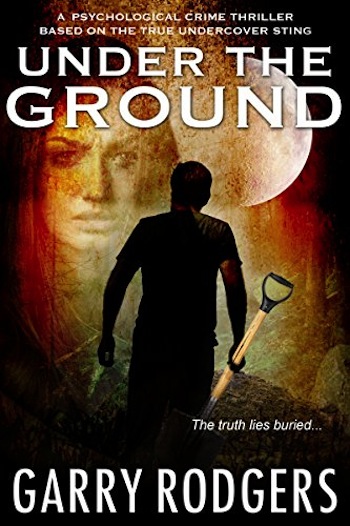 This book of crime fiction is not for the faint of heart. Its gritty and real.

Under The Ground is a psychological suspense thriller based on the true crime story of Kristen Madsen—a troubled eighteen-year-old victim last seen with her ex-boyfriend, Esa Raasanen in a small city on Vancouver Island at Canada’s southwest coast.

When conventional police procedural techniques fail to find the buried truth in the mystery of Kristen’s disappearance, a highly-complex criminal undercover operation is set upon Esa, slowly sucking him into a fictional—yet completely believable—world of organized crime run by a shadow figure known only as The Boss.

The truth is uncovered through a sophisticated psychological manipulation of Esa, carefully planned and scripted by a Royal Canadian Mounted Police undercover team who developed the amazing Mister Big Sting. Forensic psychologists from the RCMP’s renowned Behavioral Science Unit who teach the truth-gathering technique to police departments worldwide oversee the murder investigation.

Under The Ground sweeps you through the emotional turmoil in an abusive relationship to the high-rolling lives of convincing “criminals” who preyed upon Esa’s lust, greed, ignorance, and brutally violent, psychopathic personality.

With skillful handling and focused purpose, Jake the lead undercover operator, builds a trap for Esa Raasanen which can only be escaped by confessing to The Boss what truthfully happened in Kristen Marsden’s murder.

Where she lies and what he’d done shocked the entire investigative team of detectives and undercover operatives.

Under The Ground is based on a true crime story and written by Garry Rodgers—a retired homicide detective and forensic coroner, now Amazon Bestselling author.

Under the Ground is an addictive read that pulls you into the dark world of a homicide detective. Garry Rodgers is a master at writing dialogue and I found myself thinking about the case all throughout my day, until I could get back to my reading at night.

This book is not for the faint of heart. Its gritty and real. It helps you understand that it takes a special kind of person to be a homicide detective — and Rodgers’ experience makes him the perfect writer to bring this case to life.

This is a true story I did not know about, but now not likely to ever forget. A must read for anyone interested in true crime!

She’s “under the ground,” prophetic words of a streetwise homicide cop and the title of the latest by Garry Rodgers is a not-to-be missed thriller.

Based on a true story, involving real-life undercover tactics and a time-consuming, demanding undercover investigation this book is captivating, addicting, and frightening. The main suspect, a muscle-headed self-important, and immoral coward brings to life the essence of evil.

Rodgers knows his stuff. He speaks from where he comes. As a retired RCMP (they always get their man) homicide cop, he not only experienced these cases, he lives them.

He captures the dark, sinister, rarely satisfying but necessary world of chasing those who take a human life for their own selfish purpose. The dialog is tough and real. The cops portrayed as humans who must put away their humanity to think like a killer in order to catch them.

Rodgers writing is taut, stylistic, and enjoyable. He knows how to tell a good story, even when it is a story of evil. If you are a fan of who-done-it crime novels and the work of homicide investigations, this is the book for you.

All of his work is good, this show it getting better and better all the time. Do yourself a favor and dig into this book. Go underground with Garry as he uncovers the truth, finds the body, and visits justice on someone so deserving.

Please click HERE to find Under The Ground on Amazon. 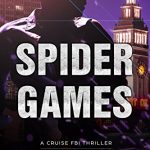