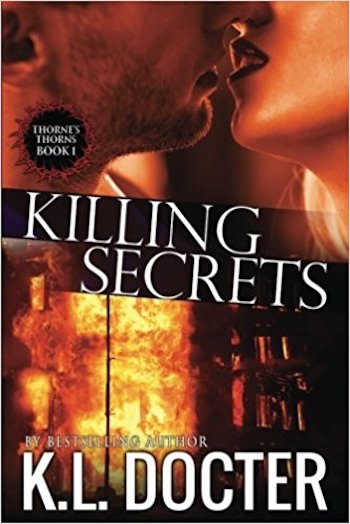 If you like romantic suspense novels, you are going to love this book.

Some secrets are better left dead.

Rachel James’ ex-husband is released from prison determined to reclaim her and her little girl — the child is his key to controlling the James fortune. Frightened, Rachel flees to Denver with the child who hasn’t uttered a word since her daddy went to prison.

Contractor Patrick Thorne wants nothing to do with another of his parents’ charity cases. He failed his own wife so abysmally she took her own life as well as his unborn son’s. After two years, it’s time to concentrate on the bid he’s won and the saboteur trying to destroy his construction firm.

There is no room for trust in either of their hearts. But trust is all that will untangle the secrets that dominate their lives, free a little girl of her silent prison, and save them all from a serial killer who stands too close. 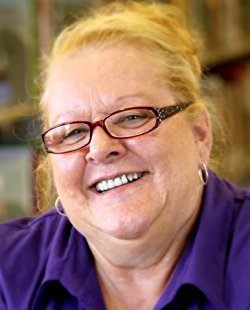 No shortage of villains in this suspense. From the start we know there is a sadistic ex-husband just released from prison, a serial killer and a vandal who is escalating and may be more.

The series is about the Thorne family. Momma Thorne likes to take in those that need to be rescued. She had one biological son and adopted the rest. This series will be about all those sons. First up is Patrick who runs his own construction business and has been having a run of bad luck lately with someone vandalizing his sites.

Patrick is also still emotionally recovering from the loss of his wife and unborn child. The last thing he needs is a woman and her child staying at his parent house on the run from an ex who wants to do her harm. But when the ex shows up he wastes no time in stepping up to protect her and they both fight the attraction they feel for the other.

Rachel James’ barely survived her ex-husband and her daughter hasn’t spoken since that last beating. She thought he was going away for a long time but when he is released from prison just 6 months later she knows he is coming for her and her daughter.

There are lots of twist and turns through out like the real reason Rachel’s ex wants her back, the reasons behind the serial killer and saboteur. Through out we meet the other brothers and see the set up for the next book at the end of this one.

Killing Secrets is a romantic suspense full of twists and turns as you progress through the plot. The story follows Rachel as she tries to stay away from her ex-husband who is being released from prison. Rachel quickly departs with her daughter Amanda and runs off to Denver.

Rachel quickly meets a man named Patrick once she gets to Denver and they become attracted to each other. Neither want anything to do with a romantic relationship, but this changes as the story progresses. Rachel obviously has her own reservations coming from a marriage to an abusive husband. Patrick on the other hand still grieves the loss of his unborn child and his wife that took her own life.

Besides the suspense of trying to stay hidden from her ex-husband, more trouble lurks in Denver as a serial killer stalks the streets. Can Rachel stay clear of both as she seeks to live a life of anonymity and safety?

The story is well written and edited. If you like romantic suspense novels, you are going to love this book.