The story will touch your heart in many ways. It did mine.

Lillianna Ferguson has spent the last twenty years pretending her father is dead. She moved to Oregon—far away from her childhood home in Delaware—changed her name from Emma to Lillianna and vowed never to go back.

When her brother, Greg, phones, begging her to come home to care for their father who has been diagnosed with a dangerous, aortic aneurysm, she is adamant in her refusal. When did he ever take care of her?

But Greg is equally stubborn in his arguments that she return, as the surgeon at Johns Hopkins won’t repair the aneurysm without first amputating their father’s infected leg.

Calvin Miller, a disabled WWII veteran, survived a grenade that killed his best friend. It took off most of his right hand and left him with osteomyelitis in his leg, a bone-destroying infection, that refuses to heal. His surgeon believes his only chance for survival is amputation. The irony that his body is about to experience another explosion does not escape Lilianna.

Calvin, who has fought more than fifty years to save this leg, is adamant he will die the same way he lived—with both legs. Greg believes, if anyone can convince their father to have the amputation, it will be Lillianna.

Will she leave her safe life and reenter the minefield of her childhood? 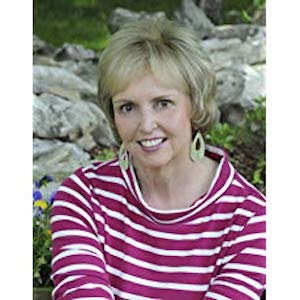 Emma changed her name to Lillianna in an attempt to put her childhood behind her. She moved to Oregon to pretend her father was dead. Her father was a mean drunk. He would often come home drunk and beat his children.

Her father lost part of his leg and some fingers in a grenade explosion during his time in the service. Her brother Greg called her and asked if she would come and see their father in the hospital. He was diagnosed with an aortic aneurysm and needed a graft. His leg has chronic osteomyelitis and could improve his chances of survival if he had more of his leg amputated.

This is a wonderful story written with great characters. A human interest saga that will win you over.

This book will keep you turning the pages until you finally read the last one. I did’t want it to end but as with all good ones it had too. Throughout this story I had a love-hate feeling for Calvin. I hated the things he did to his wife and two children.

I hated that he was so mean and abusive. I had no intention of letting him off the hook for it. There is no excuse for hitting. Lillianna/Emma grew up in an abusive home with her older brother, Greg. Their dad was an alcoholic and prone to hitting when he was drunk. Lillianna left home many years before vowing to never return.

But she did when her dad was in the hospital. She was suppose to talk him into having an amputation that would increase his odds of living through another major surgery. Calvin was a child, young man and later a drunk. He was a disabled veteran from WW2 who lost most of his fingers and a lot of bone in one of his legs. He was just a young man newly married who wanted the best for his family. From a fairly young age Calvin knew what it was to want to be loved.

To be touched, hugged, loved by the ones who should have treasured him. He was a kind, caring, loving child who lost his mother at a young age. For some reason other family found it hard to get close to him. To truly see him. He left his grandparents at a young age and made a life for himself when the war broke out. Of course he insisted and wanted to do the right thing.

I loved that Calvin. My heart broke for that Calvin. But after he was hurt and crippled he became someone different. Someone who was mean and cruel. While in the hospital awaiting surgery Calvin and Emma/Lillianna were reunited. Lillianna came to see her dad after being away many many years. She knew she hated him but listened as he told her his story.

Reading his story was like looking into the life of someone you don’t want to like but will eventually thaw out the heart. He was such a good person until that grenade took away a huge part of him. He loved his wife with all of his heart. He loved his children the same way too.

Things happened in his life to turn him bitter and angry. He took that anger out on his family while wondering why they didn’t hate him and blame him for the accident that took such a part of him away. You may or may not learn to forgive Calvin.

I did. I wept reading this book. Some happy tears and some very sad and ugly tears. It will touch your heart in many ways. It did mine. He was a very complicated man in many ways but also seemed to have the heart of such a kind caring person. Even through the bitter mean years I think he cared deeply. This is a great book.

One you need to read and maybe learn forgiveness. It’s told through Lillianna’s voice and through the things Calvin told her. It’s just a very good book and I highly recommend it.

I give it a big 5 stars for all the great feels, and some very sad ones. For making me feel like I was there looking at the scenery and for the forgiveness this book made me feel. It’s an all around good book. I loved it!!