Daily Review: No Witness to Nothing by Garry Rodgers 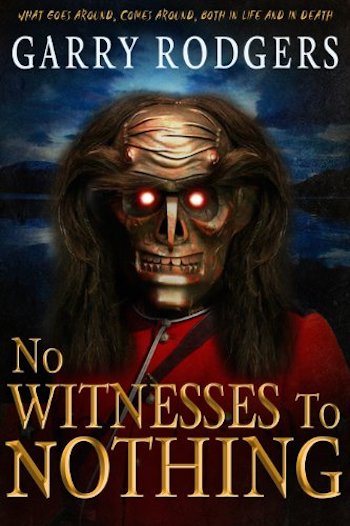 A story that does not need to be sensationalized, as it’s as compelling and eerie as a story gets.

Do you believe in ghosts?

No Witnesses To Nothing is a police procedural novel based on a true crime story straight out of CSI or The X-Files where many believe that paranormal intervention occurred.

No ordinary madman, the local Tlingit people say. It’s The Kushtaka. The Wildman-Of-The-Woods. The mythical being who tricks you, kills you, and steals your soul.

As Sergeant Bate digs deeper, she discovers more of the legend: In a gunfight with the shapeshifter, the two officer’s souls are trapped in a twilight zone – the world in-between.

From the treacherous Hells Angels cocaine conspiracy in the prisons of America and the jungles of Colombia – to the spiritual journey in a Shaman’s sweatlodge deep in the Australian Outback – is there an entity now hunting for Sharlene Bate’s soul?

No Witnesses To Nothing is a book about karma – what goes around, comes around; both in life and in death. Disguised as a can’t-put-down murder mystery, Sergeant Sharlene Bate’s investigation reveals a secret bridge connecting science and spirituality along the pathway to understanding the essence of our existence – the soul.

I’ve been waiting for the release of this book for some time and I wasn’t disappointed. I downloaded it yesterday and spent most of the night reading. I couldn’t put it down. Garry Rodgers has a huge talent for describing a scene that will burn the picture of what’s happening in your mind.

But his prose isn’t dark and ponderous, it’s filled with whimsy and his sense of humor, as well as those of his well-defined characters, shines through.

I definitely recommend this book as required reading for anyone who writes crime fiction or those who enjoy reading the latest detective thriller. You will be in for a pleasant surprise.

This murder mystery stemmed from a true ghost story that no doubt would have made it to Hollywood had the right people been aware of it – a story that does not need to be sensationalized, as it’s as compelling and eerie as a story gets.

In March of 1985, my brother Mike Buday, a Royal Canadian Mounted Police Emergency Response Team member, along with 8 other officers, pursued Michael Oros, a deranged and demented man who was terrorizing people living in the wilds near Teslin Lake, Yukon. The day before, Oros ransacked a cabin and fired at the police plane who flew overhead to confirm his identity. That night Oros slept on nearby Shaman’s Island where a well-known Shaman had been buried.

Strangely, the next morning a lady of the Tlingit First Nations warned police that Oros was possessed by a demon known as The Kushtaka that could change shapes and get behind the `warriors’ (police officers). She also told the police officer that Oros would die for what he did, that the Shaman would have his revenge, and Oros would be dead by noon. The officer thought nothing of it, dismissing her warning as silly talk.

In the meantime, the pursuing police changed plans as Oros was now heading south towards an area where he could disappear into miles of dense forest. My brother Mike and his team lay in wait as Oros came toward them with a rifle. Oros then disappeared into the thick bush. The snow was 5 feet deep and travel was slow at best. Unbelievably, in mere minutes, Oros snuck right by my brother, totally undetected. Garry Rodgers, the officer who wrote this book, peered to his left and in utter amazement, saw Oros had circled around, 40 feet from Mike. With no time to aim his own gun, Garry hollered at Mike that Oros was right behind him. Too late. Oros fired his rifle and killed my brother.

In a fluid motion Oros reloaded, pointed his rifle at Garry, and pulled his trigger. Instinctively and without aiming Garry fired at Oros, then immediately took cover in a stand-off. 20 minutes later the other officers found two dead bodies. One was my brother, Mike, and the other was the murderous madman, Oros. Later it was discovered that Oros had fired his rifle but, for some reason, the bullet did not go off and Garry Rodgers and the others survived the most deadly and volatile situation they could have ever imagined.

Garry Rodgers’s book ingeniously gives answers to what happened that day. It gives perhaps the only logical explanation. Oros’ s rifle and other bullets were found to be in good working condition, yet the deadliest bullet of all was stopped in its tracks and Garry’s shot was somehow guided through thick, dense bush to hit its mark.

The story and information in No Witnesses To Nothing have been thoroughly researched and the facts have been well-documented. Garry Rodgers is a very skilled and talented writer who takes you on a journey with many unexpected twists and turns – a read that you will never forget. I read it all in one night as Garry’s writing painted clear images in my mind and provoked my deepest curiosity. I had to know why the informants were killed and I had to know more about the spirituality of the First Nations’ people. This book has shown me just how real their beliefs about spirituality really are.

The murder mystery is also based on actual events. Two drug informants are mysteriously killed and it appears to be hits performed by the RCMP itself. You will want to read on to find just how they did die and most importantly, why the informants had to be murdered. You will also discover the spirituality of the First Nations’ people who show you that the soul does live on and that there is an afterlife. This book gives you hope, and shows you that what goes around, comes around; both in life and in death .

No Witnesses To Nothing is storytelling at its best!

Please click HERE to find No Witness to Nothing on Amazon. 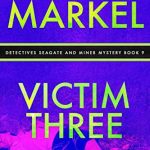 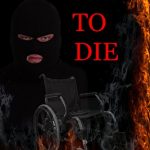