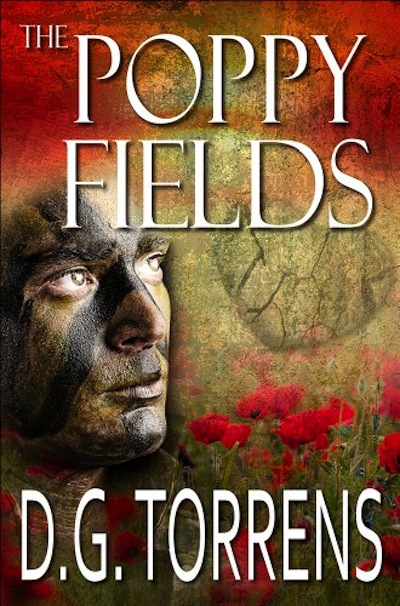 Emily is reluctant to ever fall in love again and is determined to close her heart to such a possibility.

Emily Matthews is a young woman who is very devoted to her work at a charitable organization that raises funds to help wounded soldiers as they return from the battlefield. Some are amputees…but all of the survivors who benefit from her organization have been scarred one way or the other, whether physically or emotionally.

The effects of war and the negative consequences are near and dear to Emily’s heart. She lost the love of her life, Robby, to the war in Afghanistan and after two long and lonely years, she still mourns his loving absence from her life. Now Emily is reluctant to ever fall in love again and is determined to close her heart to such a possibility.

Every year she spends time in the much loved poppy field near her home where she relives one of her fondest memories of better times with Robby.

James Harrison, on the other hand, is in his late twenties and a former rifleman who experienced three tours of duty in Afghanistan. He returns to the UK after being injured in battle and receives new training as a physiotherapist. He is also a man whose heart has been broken.

James has been in a previous serious relationship with long time girlfriend, Naomi, who decided she no longer wanted to live in Benton Cross. She subsequently leaves to pursue a career in London and James is emotionally crushed when they go their separate ways.

He is determined to immerse himself in his work as he caters to the wounded survivors of war. However, in a local bookstore as he peeks up between the shelves of books, he is intrigued and captivated by the most incredible eyes looking back at him…

From then on, an enticing love story ensues between these two very reticent and awe struck individuals. Of course, they certainly meet their fair share of challenges which readily entice the reader as their relationship unfolds…

Author D.G. Torrens is fast becoming a seasoned author with several well-written novels now published. I have had the honor of reading and reviewing two others and The Poppy Fields is another crowd pleaser with its many unpredictable twists and turns.

I truly enjoy a good love story and this one certainly fits the bill. There are plenty of historical facts and medical data included to spice up the story line and give this fictional novel the required authenticity.

There is a cliff hanger at the end of this easy-to-read romantic novel, therefore, I know there is more “good stuff” to come! I can’t wait to read the next installment…