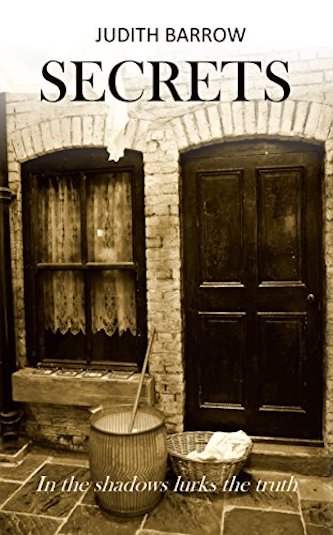 There is such a wealth of fantastic characters to fall in love with and ones to hate!

Ashford, home of the Howarth family, is a gritty northern mill town, a community of no-nonsense Lancashire folk, who speak their minds and are quick to judge. But how many of them are hiding secrets that wouldn’t stand up to the scrutiny of others?

Judith Barrow’s Howarth Family trilogy, Pattern of Shadows, Changing Patterns and Living in the Shadows, along with the prequel, A Hundred Tiny Threads, published by Honno Press, is peopled with just such characters.

Here are some of their secret stories – the girl who had to relinquish her baby, the boy who went to war too young, the wife who couldn’t take any more…

“Judith Barrow has surpassed herself in writing this great family saga… There is such a wealth of fantastic characters to fall in love with and ones to hate!” (Brook Cottage Books)

Gritty, gripping and powerfully evocative. Each of the stories in this collection had me holding my breath. With only one theme in common – that of secrets that haunt each of the characters, they are filled with tension, atmosphere, and emotion combined with stark realism.

Each story is about situations that were all too common in the not so very distant past and they make for compelling and sometimes disturbing reading.

An excellent anthology by Judith Barrow, incredibly well crafted, but not for the faint-hearted.

There are no rose tinted glasses here!

This is a wonderful collection of short stories, focussing on characters from Judith Barrow’s Howarth family trilogy and giving a brief but heartfelt glimpse into some of their lives, pre saga.

Including situations and misfortunes, some of which were brought about by the restrictions and expectations of the time, unmarried women who have no choice but to give up their baby and the cruelty meted out to a conscientious objector to name just a couple.

Others which are sadly still relevant today, namely the victims of incest and rape.

All are well written and filled with emotional reality, but these are the standouts for me.

Edith Jagger’s Secret tells of an abused wife and the desperate measures she took to escape.

In Stan Green’s Secret, Stan, desperate to leave home, signed up for the army with his friend, Ernie. Both boys were underage and despite slight misgivings, they were unaware of what horrors awaited them or the enormity and terrible consequences of their decision.

I read this whole collection this afternoon and really enjoyed them. Each story deals with a character who has a secret; the first few are quite short, the longer, more involved ones nearer the end. I recognised some of the names from the series, but to be honest it’s a while since I read them and some of them were only just familiar. It didn’t matter, though; they’re all terrific stories.

The best ones are, I think, Alun Thomas and Stan Green’s secrets, both of which are excellent and take place during the First World War; I imagine I will meet these two when I read the prequel to the trilogy, which is out this summer. I wished they’d all had the date at the start, but it becomes fairly clear approximately when they take place.

What the characters have in common is their social class, and the book is a great illustration of how some situations caused great trauma for the subject, yet wouldn’t matter at all today, or even occur; a boy of fourteen lies about his age and signs up to fight in the war, a girl survives a mother and baby home where the children are taken away for adoption, a battered wife has no choice but to stay with her husband.

Judith Barrow has done a great job of ending some stories with dangling threads, leaving you dying to know what happens next ~ thus, the outtake short story collection for a series. It certainly worked for me! But they stand up perfectly well on their own. I definitely recommend them for a great couple of hour’s reading.