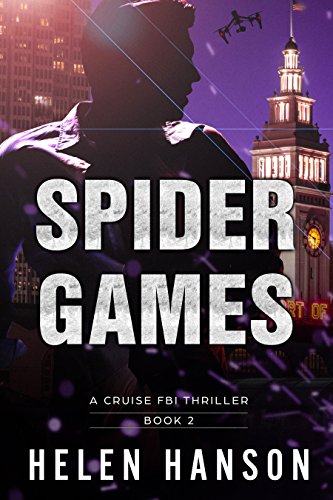 This book has human trafficking, drones, a touch of romance, multiple evil people, bodies, drones, good guys, desperate people, drones, and an ending that will make you sweat blood.

Instead of living that better life, a runaway ends up a floater in the river.

Hers won’t be the last death.

The ones left behind are still slaves.

It’s Claudia’s job to figure out the dead woman’s name. But what’s her connection to a bombing in San Francisco?

How will the dead woman’s sister escape now that she’s alone?

Baxter’s work with drones is game-changing. He’s offered an amazing job in robotics. Then a man threatens to reveal Baxter’s secret past.

When their own city is rocked by the bomber, will the wrong person get accused?

Can Baxter and Claudia stop the maniac before another target is destroyed?

An intelligent thriller to keep you reading because it’s a twisty tale until the explosive end.

Grab a copy and watch the thrills unfold.

This book was awesome! I loved it.

The book starts out with two sisters trying to escape from a forced labor camp. Then it switches to a man, Baxter Cruise, who is quite brilliant with drones, and his girlfriend, Claudia Seagal, an FBI agent.

If you haven’t read the previous book there will be some confusion here for a couple of chapters as they make reference to things you don’t know. Ignore that and just focus on the present facts because this story will take off……literally.

This book is so good, so exciting, and so suspenseful that it will knock your socks off. You will be filled with the urge to run to your computer and order more books by this author.

This book has human trafficking, drones, a touch of romance, multiple evil people, bodies, drones, good guys, desperate people, drones, and an ending that will make you sweat blood.

What more could you want? A dog? It’s got that, too!

Buy the book. Read the book. Then go ahead, run to the computer and buy more books. That’s what I’m doing.

Helen Hanson is an incredibly gifted writer. I’m an avid reader. I find an author I like and binge read everything they’ve written; a few I follow through their reader’s group. I follow exactly three and Helen Hanson is one of those three.

Spider Games is the sixth Helen Hansen novel I’ve read, like all her other books, it is a tight, fast-paced page burner with tendrils of the web of former books woven into the fabric of the current story.

Each book stands on its own but is enhanced by the participation of the characters of previous storylines so as to enhance the reader’s current experience of the universe the author has created.

Her characters are believable, multileveled and come alive as they face both personal and moral decisions that will and do drive their future. The struggles in their relationships, as well as the struggles to overcome the obstacles in their narrative, are as complicated as any Spider Web.

As the main characters, computer and robotics nerd Baxter Cruise and FBI agent Claudia Seagal, try to understand and explore their unique attraction and relationships, the entanglements of Baxter’s past seem to be a major roadblock while the rigors and conflict of Claudia’s position keep getting in the way. How did Baxter’s fingerprint get on a bomb?

Why did someone try to kill Claudia? Can they trust each other? Does their complicated relationship have a future? Can it be sustained or even work in the midst of the current crisis they face? Can they survive the threats that seem to entwine them and assault them on every side? What’s the link between Claudia’s case and Baxter?

Those are just a few of the questions that will keep the reader turning pages as Helen Hanson weaves an engaging mystery. I highly recommend Spider Games as well as all her other works: The Masters CIA Thriller Series: 3 Lies, The Masters’ Key. And the first book in Cruise FBI Thriller Series: Ocean of Fear and her standalone book Dark Pool. 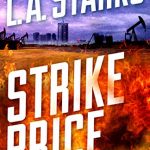