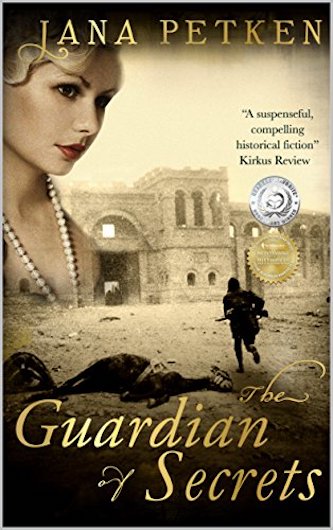 The Guardian of Secrets

After fleeing from an abusive husband accused of murder, Celia Merrill becomes embroiled in a Spanish Civil War.

Celia’s two sons march under opposing banners, whilst her twin daughters take different paths; one to the Catholic Church and the other to the battlefields. And in the shadow of war, a sinister villain from the past resurfaces.

Three generations struggle in this suspenseful and compelling saga, which begins in 1912, Kent, England, and ends during the 1936-39 Spanish Civil War. 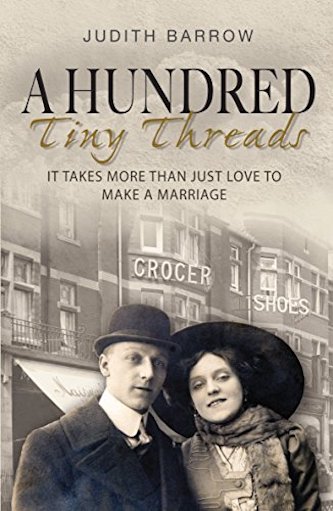 It’s 1911 and Winifred Duffy is a determined young woman eager for new experiences, for a life beyond the grocer’s shop counter ruled over by her domineering mother.

The scars of Bill Howarth’s troubled childhood linger. The only light in his life comes from a chance encounter with Winifred, the girl he determines to make his wife.

Meeting her friend Honora’s silver-tongued brother turns Winifred’s heart upside down. But Honora and Conal disappear, after a suffrage rally turns into a riot, and abandoned Winifred has nowhere to turn but home.

The Great War intervenes, sending Bill abroad to be hardened in a furnace of carnage and loss. When he returns his dream is still of Winifred and the life they might have had… Back in Lancashire, worn down by work and the barbed comments of narrow-minded townsfolk, Winifred faces difficult choices in love and life. 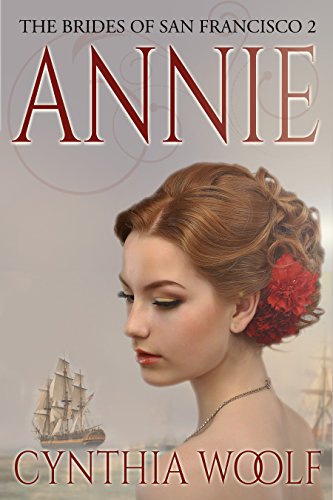 Annie Markum grew up with a bible in one hand, and a disapproving father holding the other. At twenty-two, she dared to dream of a different life and risked everything to become a mail order bride. One year later, she finds herself on a friend’s doorstep, penniless, pregnant, and a widow. Her husband was an honorable, church-going man, and she believes her father will allow her to come home.

To get back to her father in New York will take money she doesn’t have. She’s got no choice but to accept work as a cook in a local saloon. Her father would never approve, but Annie is determined to earn enough for safe passage for herself and her beautiful new baby girl.

It’s never good to lust after another man’s wife. Saloon owner, Nick Cartwright, learned that lesson the hard way. He took one look at Annie Markum and fell hard for his friend’s mail order bride. A year later, she’s back in his life, a widow with a precious daughter to protect.

Nick will do anything to convince Annie to give him a chance, except the one thing she demands…sell his saloon. Annie has lived a sheltered life, and her innocence is one thing Nick wants to preserve. Life is rough, and Annie is soft, sweet, and all too kissable. He wants to keep her and her little girl, but Annie is determined to raise her daughter as far away from the saloon as possible.

Annie fights her growing attraction to Nick. She might even be in love with him, but with Nick comes the saloon. And the whiskey. The gambling and the women. One of them will have to sacrifice everything to make a relationship work, and neither wants to budge.

When it turns out that Annie’s dead husband actually left her a fortune, her future seems set. Until someone decides to take both Nick and her new found freedom away from her. And Annie realizes that sometimes, in life and in love, you have to fight dirty to win. 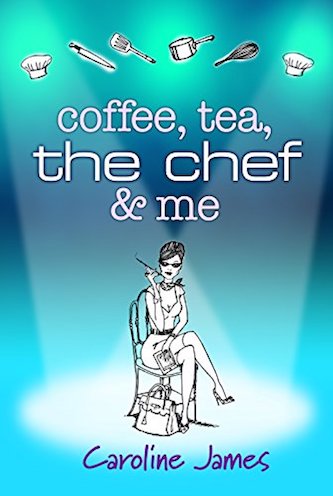 A tough-cookie, media agent who’s clawed her way to the top and a con-man, who wants to open a cookery school.
Add in a washed-up celebrity chef whose career needs re-building…

An aging rock star – fresh from rehab, and a Sloane Ranger food writer who gets her own TV show…

Bring to the boil:

At a Gourmet Food Festival, in Ireland, where anything goes!

When media agent, Hilary Hargreaves, travels to Ireland to look at a campaign for a new cookery school, she meets a blast from her past – the romantic but reckless chef, Mickey Lloyd, who is hell-bent on resurrecting his flagging career.

Her tough demeanour is rocked, as it becomes apparent that Mickey’s intentions involve more than a stint behind a stove in his quest to pursue her. But as plans for the school gain momentum, she realises that she’s developing more than a passing interest in reformed alcoholic, Long Tom Hendry, who owns the crumbling old mansion where the school will be homed.

Hilary has many ingredients to juggle, with her demanding client list, which looks set to boil over if she doesn’t keep control. From London’s bustling, Soho, to Southern Ireland and the sunny shores of the Caribbean, has Hilary got too much on her plate and is she really prepared to risk it all for love? 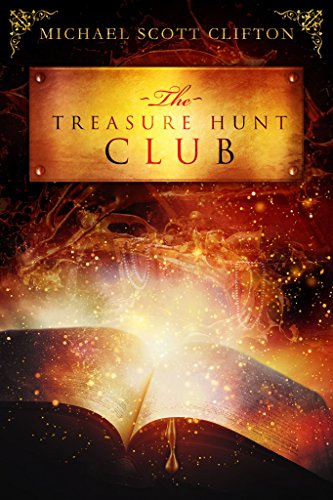 “What is the Lost Treasure which you seek?”

Nick Hollister’s luck usually ran only one way-bad. At thirty-two, his life was a disappointment, nothing but a series of dead-end jobs, poor decisions, and broken relationships. One especially bad day, Nick manages to lose his job, his girl friend, and even gets beaten up. While on a road trip to get away from it all, he discovers a book hidden within the frame of a cheap painting he bought from Hank Harper, the dwarf-sized and eccentric owner of an unusual antique shop.

This mystical book, The Book of Lost Treasures, proves to be able to find the location of anything lost. Nick quickly realizes the book’s potential, and with a group of friends, forms The Treasure Hunt Club. He meets and falls in love with Abby Summers, and together with his friends, they engage in a cross-country trek to recover lost rare and valuable items.

In a short period of time, Nick, Abby, and the rest of the Club members are wealthy beyond their wildest dreams. Good times and easy living stretch as far as the eye can see.

And that’s when their troubles begin…

Cassidy Jones and the Eternal Flame by Elise Stokes, The Crazy Girl’s Handbook by DelSheree Gladden, In Sheep’s Clothing by Emily Kimelman, Touching the Wire by Rebecca Bryn, The Luminary by Elle J Rossi. Everyone Burnsby John Dolan, Finding Home by Jackie Weger, Lie Catchers by Paul Bishop, Stealing Time by K. J. Waters, The Beauty Shop by Suzy Henderson, The Drowned PhoenicianSailor by Lesley Hayes, The Bloodstone Reckoning by Michael Wigington, Swerveby Mike Markel, The Curious Miss Fortune by Tina-Marie Miller, Moments in the Moonlight by Deborah J Hughes, Weight of Shadows by Karl Holton, The Manhunter by Gene Shelton, A Cold Tomorrow by Mae Clair, The Nam Within by Leonard Reese, Tissue of Lies by Carole Parkes.