Inside the Literary Mind of James Callan 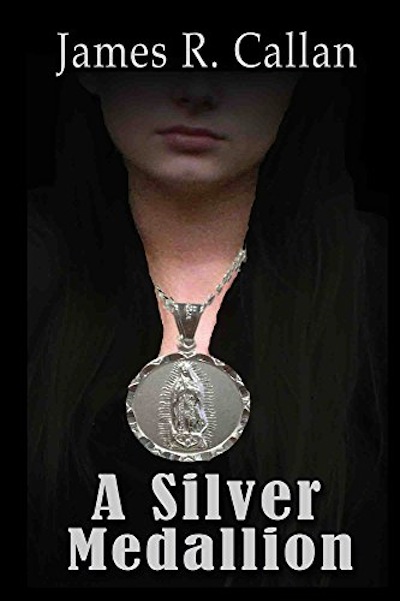 One cannot read a newspaper or watch the news on TV without finding the genesis of a book.

After a successful career in mathematics and computer science, receiving grants from the National Science Foundation and NASA, and being listed in Who’s Who in Computer Science and Two Thousand Notable Americans, James R. Callan turned to his first love—writing.

He has had four non-fiction books published. He now concentrates on his favorite genre, mystery/suspense.

James: My newest book is A Silver Medallion, summer 2016. Several years ago I read a short piece in the Los Angeles Times about a woman in the Los Angeles area who had been held a virtual slave. She was not held by chains, but by threats to harm her family left behind in a foreign country. I found it difficult to believe that in the U.S. there would be slaves. So, I did a little research. To my utter amazement, I found it was widespread. One government report even said there were more slaves today than in 1860.

At that point, I knew I had to write a book on this subject. It was suggested I should do a non-fiction book, talk to people at immigration, interview some who had been held virtual slaves, those who had been indentured slaves. At first, this sounded like a good idea. But I soon realized I would never be able to finish such a book. It would be far too emotional to get that close to the actual victims.

Rather than drop the project, I decided to write a fiction book that highlighted the subject. That I could do, as these people would be from my imagination, not the real live victims. That project became A Silver Medallion.

Crystal Moore, a naive but passionate young woman, discovers Lucita, a woman who is a virtual slave to a Dallas businessman. After Lucita’s husband died, she finds she cannot support herself and her two young girls in their small town in Mexico. Lucita accepts a man’s offer to get her a job in Texas, where she can make the “big Yankee dollars.” He will pay her transportation there and even keep her two girls at his hacienda until she can save the money to fly them to Dallas. But, once in Dallas, she finds she will make little or no money and if she escapes or even tells anyone of her predicament, her daughters will be killed.

Crystal tries to forget she ever heard this. But her conscience will not let her. She cannot sleep and even concentrating at work is impossible. She considers many options, but all fail because they might result in Lucita’s girls being harmed. She decides the only way to save Lucita (and get her own life back to normal) is to go to Mexico and rescue the girls. Then the mother will be able to escape.

If Crystal is successful, mother and daughters will be reunited. And Crystal will have two powerful and ruthless men who want her dead. Crystal will need all the help she can get from the mysterious Juan Grande in Mexico, her streetwise friend Brandi, a former bull rider, and Crystal’s seventy-six year old, no nonsense grandmother. A Silver Medallion is the second Crystal Moore Suspense novel, following A Ton of Gold, the first book in the series.

James: I decided I would be a writer while I was in college. But after graduation, it was clear that I could not support a family on writing. So I returned to graduate school in mathematics. That led to a thirty-five year detour through a research center and then as vice-president of a database company. But one day, I said, “All the kids are out and have successful careers of their own. It’s time for me to get back to my first love, writing.”

This may come as a surprise, but I would list The Benedict Arnold Conspiracy as a great influence on my writing. An unusual choice. But, for thirty years, I had read nothing but technical material. Then one day, quite by accident this book was dropped into our car. I picked it up to see who it belonged to and read the first page. That was enough. I finished it about three the next morning. That was the catalyst that got me back into fiction and started me on the road back to my first love – writing. So, I have to give that book a lot of credit.

James: I find ideas surrounding me every day. One cannot read a newspaper or watch the news on TV without finding the genesis of a book. A Silver Medallion began when I read a short story in the L.A. Times about a woman held a virtual slave. A Ton of Gold came into being after I read a 185 year old folk tale and wondered if such an old story could affect our lives today. (I found it could.) Cleansed by Fire was a result of a number of church arsons in east Texas one year. You just have to take a simple item and ask yourself, “What if? ”

James: I watch and listen to people everywhere, in the airport, at the post office, in the grocery store. From these, I pick up a feature here, a phrase there, a look, a stance, some single thing. I use those to blend a character that suits the story. Occasionally, I may take a person and build most of a character out of their features, but never completely. The closest I’ve come was a favorite aunt who died. I used a lot of her to make a great character.

James: Chaotic. I do not have a regular schedule that I can depend on. That is my problem. Usually, I do my creative writing late at night. Not only do I feel more creative at night, but there are few distractions.  A good stretch of time with few distractions and I can turn out some decent work.

James: I find it most difficult to keep the plot moving at a brisk pace and not finishing the book at thirty thousand words. That could be similar to the problem many people have with the middle of the book – great start, great ending, but a sagging middle. Sometimes I think perhaps I just need to write a thirty thousand word novella and quit.

James: Currently I am trying to market A Silver Medallion, and other previously published books. The audio version of Over My Dead Body has been finished just this week. This week also finishes a month long course on dialog I have been teaching. And the third Crystal Moore suspense novel (following A Silver Medallion) is underway. I will be working on it for the next several months. The working title is “Stolen,” but I’m sure that will change before publication.

Please click HERE to read more about James R. Callan and his works.