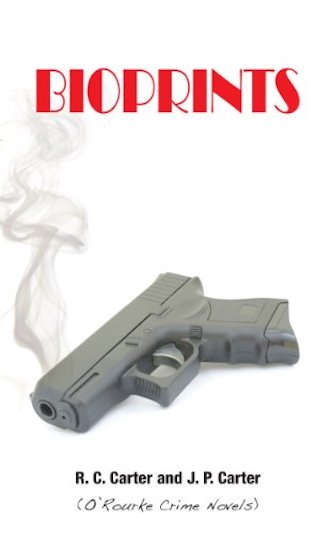 Fast-Paced TechnoThrillers with storylines that could be tomorrow’s headline news.

RC and JP Carter are the award-winning authors of The O’Rourke Series. They also love paranormal investigating, bicycling, camping, and travel.
It seems there are stories everywhere!

Ryan and his team are drawn into a web of murder, mystery, and suspense.

While they investigate the death of Ryan’s best friend, the danger of 3D technology is exposed as a scientist goes rogue and pulls out all the stops to cover his tracks.

This entertaining, suspenseful and often humorous novel will keep you turning the pages to see what happens next.

The O’Rourke team is brought in to investigate a theft from a high-end jewelry store and an alarming disappearance of narcotics at a local hospital.

Follow the team through hair raising twists and turns as they outwit the Chicago Mob. 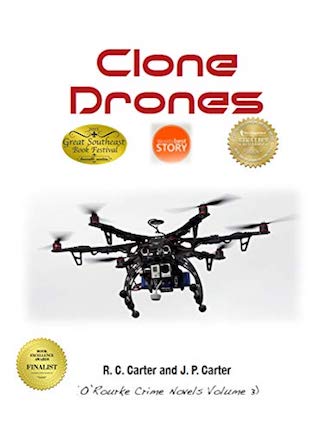 This high octane thriller has it all; murder, Mob revenge, political intrigue, a little romance, strong male and female characters with a storyline that could be tomorrow’s headline news.

The O’Rourke team is called in to help solve a nationwide plot involving the assassinations of several US Senators.