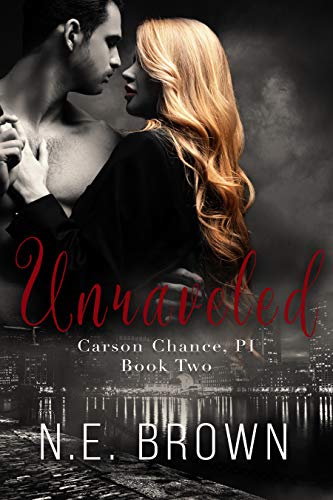 A missing teenager, an unplanned pregnancy, lies, and secrets keep the reader turning pages until Carson Chance, leaves the ledge of uncertainty behind.

When Carson Chance first laid eyes on run-a-way Amy Warren five years ago, he had no idea that she would open his eyes to life and love again.

Carson’s history of PTSD and a gunshot wound broke them apart, but now she is back in his life and attending law school.

Carson, desperate to hang on to what they had, struggles with Amy’s new life. When Carson and a rival male law student clash at a local bar, Amy has doubts that Carson didn’t start the fight, and tension between them escalates.

Unable to put their dysfunctional past behind them, Amy pushes Carson away. Picking up the pieces of his broken life, Carson returns to his old job at Dawson Investigation. He decides to move from the garage apartment he rents from Amy and finds the ideal place.

There’s only one problem: the last occupant was a drug dealer. When a prostitute comes knocking on his door to buy drugs for her boyfriend, she ends up dead. All evidence of the murder points to Carson.

As his life unravels, Carson fights for his freedom and Amy, the woman he loves.

How will Carson prove his innocence and clear his name?

Has he lost Amy forever?

Or can they put aside their doubts and learn to love again?

Once again, N.E. Brown’s Carson Chance finds himself in the middle of conflict.

First, his relationship with Amy is on thin ice.

Will they ever have the luxury of developing a more meaningful relationship? It’s obvious they love each other deeply, but just when it looks like they’re going to make a go of it, obstacles rear up to cause one doubt after another.

Their relationship appears doomed first when Chance is accused of murdering a prostitute and then again when one of Amy’s friends from law school threatens to steal her away from Chance.

A missing teenager, an unplanned pregnancy, lies, and secrets all add up to keep the reader turning pages until Carson Chance, P.I., leaves the ledge of uncertainty behind.

Note: Be sure to pour yourself a cup of coffee and have a plate of chocolate beside your chair. You’ll not have time to take a break in N.E. Brown’s Carson Chance, P.I., Book Two: Unraveled.

Carson Chance is good at tracking down and finding the missing or the lost. But he’s never been able to find himself. Chance is a troubled man, a misfit who survived the Vietnam War and came home stricken with nightmares and demons in his head.

He has been a private investigator and a good one. But a trip to rehab has cost him his job, his self-esteem, and the woman he loves.

Amy is in law school.

Amy has a bright future.

Chance doesn’t have a job.

And in his heart, he knows he does not deserve someone as beautiful and talented as Amy. As N.E. Brown writes in Unraveled: Amy was his moral compass. She was the glue that kept him together. He is not the man he was nor the man he should be. He’s adrift on the streets of Dallas during the unpredictable days of the 1970s. And Amy is afraid of being hurt. She has offered him patience and love and understanding, but their relationship is still headed toward a dead end. They live in two different worlds, and those worlds are headed for a collision.

Amy runs with a college crowd.

Chance is suspected of murder.

Chance is finally given back his old job as a private investigator and discovers he still has a knack for finding the lost, whether it’s stolen money or the missing daughter of a Fort Worth millionaire. His is a world where lies are commonplace and almost everyone has a devastating secret, even Amy.

But will he ever find himself? And can either Chance or Amy move on with their lives if they don’t have each other? The consequences they encounter make this romantic suspense from N. E. Brown a read that will have you holding your breath until the final page. 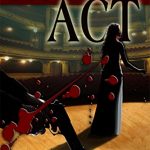