Rain of the Mysterious Blobs 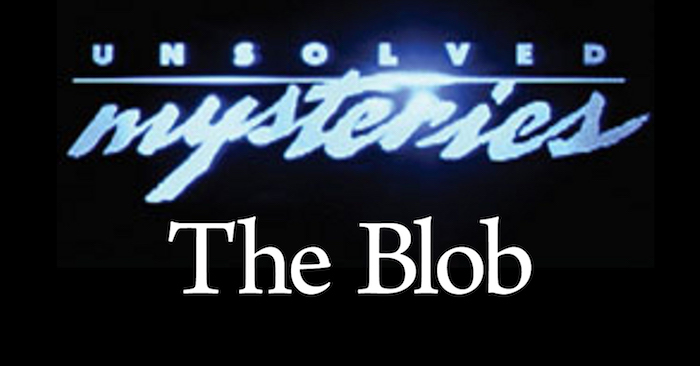 There was a plague of sorts, a widespread epidemic of a flu-like illness that lasted from seven weeks to three months.

When searching for bizarre enigmas, don’t forget to include that time in 1994 when gelatinous blobs rained from the sky in Oakville, Washington— six separate times.

Oakville had 665 citizens during the blob-rains.   Because Oakville can count on rain 275 days of the year, at first no one noticed when a little rain started falling down.  Then, the town sidewalks were filled with people wearing double-take expressions, as citizens realized it was blobs, and not rain, falling.  When it rained, it poured, blanketing 20 square miles with the goo.

A police officer later recalling the event reflected that when he and his partner drove out on a call, it started raining, and when he tried to use the windshield wipers, the smeary goo made for almost zero visibility.  He pulled over and got out, he had to actually touch the stuff—it was like Jell-O.

Bad things started happening in Oakville after the blob-rains.  There was a plague of sorts, a widespread epidemic of a flu-like illness that lasted from seven weeks to three months.  There were attacks of vertigo, many people hospitalized.  Some pets—dogs and cats—actually died.

Because of all the illnesses, samples of the goo were sent to Washington, D.C. to be analyzed.  The microbiologists determined that the blobs contained two possible disease-causing organisms:  Pseudomonas Fluorescens and Enterobacter cloacae.

To add to the intrigue a second test was requested and when the Washington scientists looked for the samples they could not find them.  It is believed someone took them.

A citizen of Oakville had taken one of his own samples to a nearby hospital for analysis.  It is reported that hospital lab discovered the sample to have human white blood cells in it—human DNA.  The plot thickens, so to speak.

There is the other tale of an elderly Oakville resident who had her own sample in a jar on her property.  She has received interest from Japanese photojournalists that got wind of this, but she plans to write her own book.

You can file this eerie event in the Many and Curious Things That Have Rained Down from the Heavens file.  The incident has been featured on both Unsolved Mysteries and National Geographic—with no conclusion, still.