Rik Stone: One of the Top 50 Indie Writers You Need To Be Reading 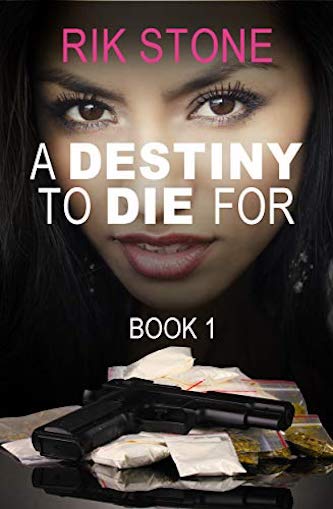 Thrilling, intriguing, and beautifully written, his novels are perfect reads for a long, dark winter night!

Rik Stone came into the world surrounded by the slum-lands of fifties North East England. He left school at fifteen without academic qualifications and worked in shipyards on a local river, spent time in the merchant navy and then took employment in quarries in South East England.

The time came he yearned for change, so he began studying and worked his way through to gaining a BSc. degree in mathematics and computing.

But he loved reading and yearned to write fiction. An early retirement from the IT sector gave the opportunity to pursue the dream seriously and from that opening came his debut novel, Birth of an Assassin, the first in a series of thrillers.

Rik and his wife have their home in Essex in the UK.

A destiny to Die For

Born in a favela, Angelita believes it’s her destiny to become rich and powerful.

She stumbles upon a half million dollars worth of heroin in her dead uncle’s bathroom.

The drugs belong to the Cartel.

Birth of an Assassin

He Makes a Mistake

And is framed for murder

With the Soviet land forces on his tail

His only hope of getting justice

Birth of an Assassin by Rik Stone is a riveting tale of life in Soviet Russia. As those who still love their country are pitted against those who are only in it for gain, he doesn’t know who to trust. He finds himself hunted by the very army he loves, and torn between love for his family and love for Anna, who is also playing a deadly game.

Stone weaves a compelling tale of love, honor, and betrayal as he takes us into the underbelly of a country in turmoil. Full of action and drama, this is a book that, once you start, you will not be able to put down until the final climactic confrontation.
Charles A. Ray, reviewer. 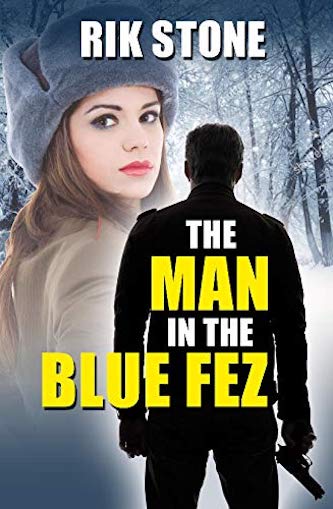 The Man in the Blue Fez

Jez escapes, but a unit of Spetsnaz elitists are hot on his heels

BETRAYED
Anna is taken prisoner by a drug lord and if Jez doesn’t make it through, she dies

Rick Stone does an incredible job with The Man in the Blue Fez. The storyline was interesting, the historical aspects were well researched and thoughtfully described, and Stone really knows how to paint a picture with his descriptions of landscape and setting.

The characters were well-developed and held individual stories that wove together without being too interdependent on each other. Although this isn’t the type of genre that I am usually drawn to, the author’s thoughtful way of creating a world that you feel drawn into will definitely have me reading more of his work. Thrilling, intriguing, and beautifully written. A perfect read for a long, dark winter night!
Corrie M, Reviewer 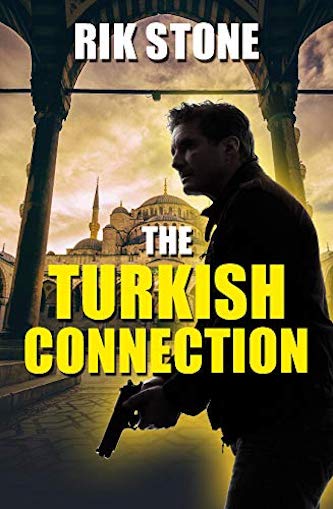 UNTIL THEY WANT HIM DEAD

This is an international thriller complete with Russian arms, drugs, and sex trades

I was uncertain about starting this book because of the setting. I’ve never been further east than West Germany and Istanbul is a place I can’t personally identify with. But Stone does such a good job of personalizing his protagonist that I quickly invested in the story. The story generated enough interest that I spent a lot of time on Google Earth, exploring the locations mentioned in the book. This is an International thriller, complete with Russian arms, drug, and sex trade. This novel can stand toe to toe with anything from the pen of Dan Brown, Robert Ludlum, or Stieg Larson.

Mehmet’s life started off bad and got worse. Losing both parents, he discovered the squalid conditions with them was far better than life on the street with a gang of children. His life spins out of control as conditions get even worse. He vows revenge on those who have derailed his life, eventually seeking the mastermind behind his troubles. He is assisted by a Russian under-cover man, who knew his father and tries to help him. He must learn on-the-job as failure will result in death. As he fights to simply stay alive, he also fights to maintain his soul. He is desperate to not become the evil he is fighting.
Guy Wheatley, reviewer. 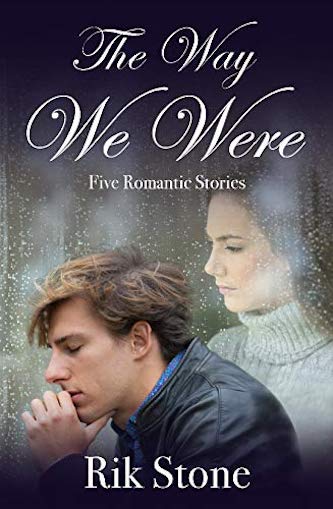 The Way We Were
Happily married, Jon lives a life of bliss, but when he falls asleep while visiting an aunt in an old people’s home, his whole world falls apart.

The Way We Were: Romantic Interludes by Rik Stone is a collection of five different romantic stories. Each story centers around the romance between two characters, I like that it isn’t risqué and sexual but just wholesome and sentimental love stories. Each story is short and sweet which makes it easy to read when you have 20-30 minutes to spare.

The stories main characters range in age from twenty-something experiencing young love to fifty-something who have been there and done that and are facing the unknowns of the future as a couple. I love that each story takes you on another adventure with another couple, the stories are completely different just like each love story in real life has its own twists and turns! I really wasn’t expecting this from Rik Stone but I have to admit I was very pleasantly surprised and would love to read more of his romantic stories!
Shanell, Reviewer.