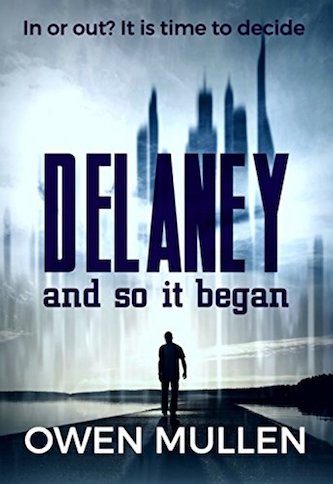 A bold crime thriller that explores the dark streets of New Orleans and the dark mind of a serial killer.

Sampler: And So It Began

On that sunny afternoon the bad shit showed up first.

My shift had finished and I’d already dropped Danny off when the radio crackled an APB about a 2002 tan Oldsmobile with a broken headlight and three occupants: two African American males and a female. Suspected abduction. A minute later the Olds passed me heading towards the river. I called it in, made a u-turn and followed it all the way to Algiers and Behrman, north of Tall Timbers. For a while I lost it then found it again, parked behind a shotgun on a patch of ratty grass that doubled as a garbage dump.

From inside the house, a high-pitched laugh that didn’t make it past a giggle squeezed through the clapboard to where I crouched underneath the window. Across the yard, a barefoot kid, no more than five or six, dressed in washed-out overalls, stared at me with big round almond eyes. I put a finger to my lips, hoping he was in the mood to play along, and took a look over the frame.

In the middle of the room, tied to a chair, a woman who was probably in her mid-twenties – dark-skinned and stick-thin – glared terror at her kidnappers from sunken eyes strung-out on crystal meth. She was gagged and her head had been crudely shaved. Clumps of hair lay on the floor and the yellow shirt she’d been wearing hung from her waist, exposing sagging breasts that may have been beautiful before fear of losing her buzz became more important than eating. Two black men in jeans and vests drank beer from the bottle. One of them balanced a knife by the tip in the palm of his hand and smiled a glassy smile at his skill, while his bro boogied to hip-hop coming from a radio. They passed a joint between them big enough to choke a horse, clearly enjoying the groove, easy about what they were gonna do.

Until that moment I didn’t know Cedric and Julian Boutte from a hole in the wall.

How much better if it had stayed that way.

The guy with the knife moved towards the woman, gently taking her face in his hands, studying her like the lover he’d been or had wanted to be, then traced her cheek with the blade, drawing a thin red line from ear to jaw. Light glanced off the steel. He turned his attention to the other side and did the same.

She trembled but didn’t cry out. I admired her courage.

Cedric, the dancer, spoke. ‘Do her slow, Juli. Slooow.’

He dragged the word to make his point and went into a moon-walk that wouldn’t have disgraced Michael Jackson. When he pivoted, I saw the gunmetal handle of the piece tucked into the back of his belt and realised it was going to go down hard. Over my shoulder, the street kid was still there. Before he got much older those big eyes would see plenty of things no child should see.

I pressed myself against the wall and listened for a police car in the distance, hearing instead the sound of a zillion insects carried on the warm air. In the house, the woman finally broke her silence. She screamed. The kid’s expression didn’t change, which told me all I needed to know about his life. The smart thing would be to wait for back-up. By that time, the woman would have a new face and it wouldn’t matter anymore. Whatever she’d done she didn’t deserve this.

The door broke easily against my weight. I rolled on the bare-board floor and came to a halt with my arms out-stretched and my gun drawn.

Dulled by the dope, Julian Boutte’s brow furrowed at the unexpected interruption. Boogie Man reacted faster. He reached behind his back for his weapon and I fired a shot that blew a hole in his heart. Cedric had boogied his last boogie; he was dead when he hit the ground. His brother put his surprise aside long enough to topple the chair with the woman in it on top of me. Our heads cracked. Boutte took a step towards me and kicked my gun across the room.

I got to my feet. There was no feeling in my hand; maybe my wrist was broken. Joy crept slowly across Boutte’s ugly mug. Somebody was going to die today: the woman had been his first pick but he’d settle for me.

The blade shimmered and flashed, missing my throat by inches. Boutte passed it from hand to hand, grinning like a maniac, and brought it in an arc that was intended to distract rather than find a target. Suddenly he altered the direction and lunged forward. I stepped away. At first I thought he’d missed then a wetness at my neck and the faint smell of metal told me he’d found his mark.

Boutte’s expression hardened; he moved in to finish me off. The siren saved my life. Confusion twisted his features as he weighed his desire to kill me against escape. Self preservation got the vote. Juli ran to the kitchen, dived through the glass into the afternoon sun and disappeared into Algiers.

The uniforms arrived. Cordite hung in the shotgun and I was cradling the woman’s head in my arms, whispering the usual BS about how it was going to be all right while she bled out all over my coat. Boutte had sliced her windpipe as the chair was going down. She was barely breathing when the medics took over.

Outside the street was crawling with cops. An ambulance with its engine running and the back doors open waited to take Boutte’s victim to a hospital. I massaged my hand and saw the kid; he hadn’t moved. This was the world he lived in. Nothing in it was news to him.

For the record: the woman didn’t make it.

Please click HERE to find And So It Began on Amazon. 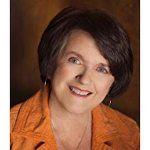