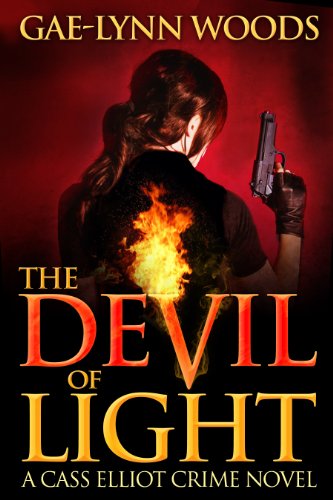 An extremely well-crafted mystery, a complex web of treachery and betrayal building to a killer finale.

Cass and her partner Mitch Stone delve into a cunning world of blackmail and violence – and find a cult concealed for nearly a century beneath the genteel, small-town façade of Arcadia in East Texas. Their investigation triggers a brutal response from powerful men who will protect their identities at any cost. They unleash a ruthless killer whose actions create a media frenzy and destroy the fabric of trust within the police department.

“ARE THE COWS HURT?” Angie Scarborough asked as they entered her room. She struggled to keep her eyes open as Dr. Ramasubramanian checked her pulse. The left side of her face bloomed red and raw in the fluorescent lights, the white of her eye now a slit of angry scarlet between her swollen eyelids.

A narrow hand snaked from a dim corner next to the bed, reaching to stroke her dark hair. “Now sweetheart, just calm down.”

The younger woman pulled away, eyes clearing. “Are they hurt?”

“Ma’am, were you driving the truck?” Mitch asked.

“The cows,” she demanded, straining to push higher on the pillows.

“They’re fine,” Cass answered, closing her eyes briefly against the hospital’s antiseptic scent and the memories it evoked. “None were injured.”

“Thank God.” She found the position she’d struggled for and settled with a tired sigh. “I guess you want a statement.”

“Now Angie, you should wait until we’ve got a lawyer down here.” A pinched woman leaned toward the bed, her face strained in the bright lights. “Think of the children.”

“For once Mother, I am,” she said, softening her words by reaching for the slender hand. Angie drew a shuddering breath and focused on Cass. “I killed Lenny. You found the pictures?”

Angie’s eyes filled with tears. She pointed to her face. “He did this when I confronted him. He’s hit me before, but never like this. He’s usually smarter, tries to hide the damage. Maybe he knew what was coming and didn’t care.” She fingered the smooth sheet. “He didn’t deny it. Any of it. Just laughed when I told him I’d found him out. He laughed, can you believe that?”

“What are you talking about?” her mother asked.

“Your perfect son-in-law is – was – a homosexual and abusing your granddaughter.” The older woman gasped as the sound of Angie’s choked laughter filled the small room.

“Lenny was no such thing,” her mother said, voice sharp. “He has always been a kind and gentle husband, and has given selflessly for the children. Detective,” she added, watery voice growing stronger as she pulled herself into the light, “I insist that this stop right now. She’s suffered a severe shock seeing her husband killed like that. And she’s confused from the sedative the doctor’s given her. I may need one myself if this goes on.”

“That’s enough, Mother! You have no idea who Lenny was. I will not bend to him any longer.” Her words were firm, eyes bright as she found Cass again. “I told him I’d take the pictures to the police. That’s when he started to laugh, and he hit me. It must’ve knocked me silly because next thing I knew I was flat on the ground and Lenny had gone back to working on the cows.” She drew a deep breath.

Dr. Ramasubramanian shifted his slight weight and placed a hand on Angie’s shoulder. “The police can wait, Mrs. Scarborough. I would like for you to rest now.”

“Not yet, Dr. Rambo. I need to finish it.” She focused on Cass. “I don’t know if it is my daughter in those pictures. Maybe it doesn’t matter. All of Lenny’s preaching at me for all these years, and it was nothing but lies. I knew it wouldn’t stop. So, I climbed in the cab, punched the accelerator and speared him.” A ghastly slash split her face when she smiled. “He turned at the last minute and I watched his face in the rearview mirror. He didn’t think I had it in me.”

“Did he say where the photos came from?” Cass asked.

“What photos are you talking about?” her mother asked.

Cass had looked to Mitch when Angie spoke, her tired voice flat. “Pictures of your son-in-law screwing other men and raping at least one child. Pictures don’t lie, Mother.”

“Oh my goodness,” the older woman whispered, skin growing sallow as she looked at Cass. “Lenny? Is this right?”

“There are photographs, but we haven’t confirmed identities yet.”

“Lenny’s in them,” Angie replied. “He has scars on one hip and on his chest. The right side. Match them to his body.”

“Good heavens,” her mother breathed, eyes rolling back in their sockets as she slid toward the floor. Mitch lurched for her as Angie started to giggle, developing a deep belly laugh that brought tears to her eyes.

Dr. Ramasubramanian shouted for a nurse and rushed to help Mitch move the older woman to a chair. He checked her pulse, his dark, solemn eyes watching Angie as she cackled.

“Fainting is a suitable Southern response to anything vulgar, Dr. Rambo. Wave smelling salts under her nose and give her some attention. She’ll be fine,” Angie assured him, blowing her nose. She sighed, cheeks glowing and good eye twinkling. “Lord, I feel better. Look, you might as well sit down. I need a Dr. Pepper and I’ll be fine. Who has change for the machine?”

Gae-Lynn is a Texan mystery writer who has traveled the world, lived overseas, and come back home. She and her husband, British jazz guitarist Martyn Popey, share a ranch in East Texas with a herd of Black Angus cattle, one very cranky donkey, and The Dude, a rescue kitty with attitude. 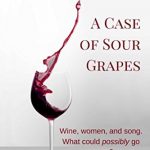