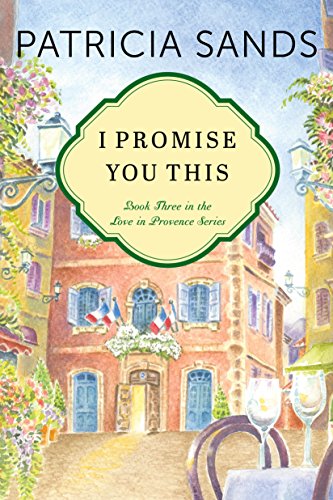 A feel-good story giving hope to people who have lost out in previous relationships.

Suddenly single after twenty-two years of marriage, the calm of Katherine Price’s midlife has turned upside down. Seeking to find her true self, she took a chance on starting over. A year later, she is certain of this: she’s in love with Philippe and adores his idyllic French homeland, where he wants her to live with him.

But all that feels like a fantasy far removed from Toronto, where she’s helping her friend Molly, hospitalized after a life-threatening accident. Staying in her childhood home full of memories, Katherine wonders: Is she really ready to leave everything behind for an unknown life abroad? And if all her happiness lies with Philippe, will it last? Can she trust in love again?

Searching her heart, Katherine finds the pull of the familiar is stronger than she thought. An unexpected meeting with her ex, the first time since his cruel departure, and a stunning declaration of love from an old flame spur her introspection.

With sunlit backdrops and plot twists as breathtaking as the beaches of Antibes, author Patricia Sands brings her trilogy about second chances to a provocative and satisfying close that proves that a new life just might be possible—if you’re willing to let your heart lead you home. 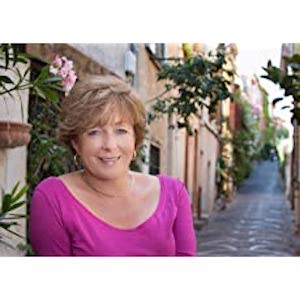 Sampler: I Promise You This

The limo crawled along in a clog of traffic. For the most part, the rhythmic slap of the windshield wipers was all that broke the silence.

Philippe knew that Kat was struggling to keep her composure. He kept the conversation light and brief as they looked out from the back­seat. “Now you see why I never take a taxi into Paris from the airport. At least with a hired car and driver, I don’t have to watch the meter skyrocket if we get caught like this.”

Kat nodded, expressionless, staring straight ahead. She thought it fitting that the weather was as gloomy and dark as the feelings she was fighting.

When the familiar landmarks of the Left Bank came into view, her mood began to lift. She leaned her head back against the seat, her hand nestled in Philippe’s.

“This is reminding me of my visit here last June, and the words of Oncle François.”

Philippe gently squeezed her hand and turned his head to her. Their eyes met. “Your lunch with him was the start of my good fortune.”

Katherine felt the hint of a smile light her face, remembering how François’s wise words on that early summer day had changed her forever. She could hear his kindly voice with its charming accent now, as she often did. “Life is full of choices . . . don’t be afraid to make them . . . live it well.”

It was her first cheerful thought since they’d received the phone call about Molly’s life-threatening accident, not even twenty-four hours earlier. Molly was now in a hospital, in an induced coma. Philippe had accompanied Kat to Paris to put her on a flight to Toronto the next morning. He would follow later, once they knew more about Molly’s condition.

“This is not the way I envisioned our first time together in Paris. We’ll return in the spring when the trees are in blossom and we’re happy.”

“April in Paris,” sighed Katherine, feeling a rush at the thought.

Philippe leaned into her and sang a few lines of that romantic old tune.

Kat laughed, in spite of herself, and thanked him with her smile.

He slipped his arm around her shoulder, pulling her close. “Who makes you laugh more than Molly? Just keep remembering that.”

Swallowing back tears as her smile faded, Katherine nodded. “You’re right. I’m going to try to do just that. I’m so frightened for her.”

Once in their cozy room at the Hôtel Henri IV, Katherine slipped off her shoes and flopped on the bed. The room had only enough space on each side of the bed for a small side table, but the linens and décor were impeccable. The renovated bathroom had a deep soaking tub and thick soft towels, both of which were becoming more common in France.

“When I stayed here last June, I was so pleased you recommended the hotel to me. The location, the ambiance, the tiny perfect rooms . . .” Katherine smiled at the memory.

Philippe sat at the end of the bed and massaged her feet. “My grandfather used to bring me here as far back as I can remember. He knew the owner in those days. We would have great adventures in Le Jardin du Luxembourg. At least, they seemed adventures to me then, exploring the woods or racing our sailing ships in the pond. Sometimes we would visit an intriguing woman who lived nearby. He said she was a dear and special friend. She was beautiful and made the most delicious madeleines. I’ve never forgotten them . . . or her!”

Katherine smiled again. “Of course a favorite memory of yours involves food, even from childhood! I’m amazed it wasn’t cheese!”

“Pourquoi pas?” Philippe chuckled and lightly tickled the sole of her foot before he stood up. “And speaking of food, we should get ready for our dinner reservation. But first, let’s be flâneurs! Paris is the best city to stroll in when it is raining. I can’t explain it exactly, but I believe you will love it. It will give you peace. Je te promets.”

“Let’s go, but I don’t feel hungry yet. I’m not even bringing my camera. All I can think about is Molly and life and death. Hopefully, a walk will replace this despair with hope. I want to savor every moment with you until I have to leave tomorrow.”

Philippe nodded sympathetically as he opened the door for Kat and took her hand. “It’s a terrible worry, c’est vrai. But let’s try our best to think positive thoughts of Molly to get through this day. We’ll help each other.”

He collected an umbrella from the stand near the hotel entrance. Grasping its wooden handle, he put his arm around Katherine, and they set off through the narrow cobblestone streets of the bohemian-flavored Latin Quarter. The oversized green umbrella gave broad protection that was hardly necessary, as their bodies molded together.

The rain had lessened in intensity. The daylong soaking had created a palette of grays from the cobblestone lanes to the slate rooftops.

“You always told me Paris was romantic in the rain and now I see why,” Kat said, snuggling even closer. “There’s a softness in the air and everything seems to blend together. I feel like we’re walking through an impressionist painting.”

Katherine became caught up in Philippe’s stories of the artists and philosophers whose lives had colored the history of the area. “La rive gauche evokes images of Toulouse-Lautrec, Matisse, Josephine Baker, Picasso, Hemingway, Stein, Fitzgerald—that amazing cast of characters of les Années folles.”

“The crazy years. One of my favorite periods to read about. The arts were so alive.” Katherine added. “Then things changed so dramatically after the war, with good reason. Existentialism and civil rights issues took over, with thinkers like Sartre, de Beauvoir, Camus, Baldwin. A rich time again, don’t you think? I devoured Sartre’s work when I was in university and love knowing all those luminaries walked these streets.”

“I like discovering we shared the same interests in years past, although I must admit I devoured more cheap wine than philosophy in university,” Philippe said. “Let me clarify—even though it was cheap, it was usually smooth and full-flavored! We were devotees of the vine.” He grinned at the flood of memories.

Please click HERE to find I Promise You This on Amazon.

Gallery image with caption: My 5-Star Review by Zipacna’s Legacy by Cindy Davis