Guest blogger Richard Weatherly takes a look at the Great Hanging controversy that has been simmering and festering in North Texas for a hundred and fifty years. You can’t forget it. But no one wants to celebrate it.

It was a living, breathing nightmare.

Texans in Gainesville lined up men they considered Union sympathizers, men they believed were plotting an insurrection against the Confederate government, and in one month hanged forty and shot two more.

Most of the men were tried in court and hanged, but some were lynched before the jury even brought a verdict.

Historically, the City of Gainsville has always commemorated the great controvesrsy. No more. Funding for this year’s anniversary event has been cancelled. City fathers believe that the event might be too controversial and certainly not a good image for  The Most Patriotic Small Town in America.

Trouble began a hundred and fifty years ago when thirty men signed a petition opposing draft exemptions granted to large slave owners. Tensions escalated, facts were distorted and rumors spread. The petition was important because Cooke County and the surrounding counties had voted against secession.

Ninety percent of the county owned no slaves, so, in the angry  minds of slave owners, their neighbors were obviously traitors.

And it wasn’t an accident that officers leading the roundup of the resistors owned almost a fourth of the slaves in the area and seven of the jurors appointed by the court were slaveholders.

Some charges were true. Many of these North Texans remained loyal to their northern cousins, and many joined the Union League and planned to resist the Confederate draft.

But charges that the traitors planned to raid the local arsenals in Gainesville and Sherman were untrue. Charges the Unionists were allying themselves with Indians and Northern partisans were untrue.

Much of the tension came naturally as a high percentage of settlers in North Texas originated in the Midwest. My great-great grandfather Ike Story, in fact, immigrated in 1855 from Southern Illinois to western Dallas County. He was so impressed with the abundance of fertile land, timber and game in Texas he went back home and helped lead forty more families on the long journey to the Lone Star State.

Things did not go well, and, by the late 1850s, threats of violence and insults filled the air. It was too much for Ike Story. After he married in 1859, the new couple returned to Illinois.

Records show granddaddy Story registered for the Union draft when the war began and did not return to Texas until after the war.

Jonathan Story, Ike’s brother, enlisted in the Confederacy but declared himself a conscientious objector and refused to take up arms against his former countrymen.

These North Texans were not alone in their decision to support the Union. Sam Houston, the hero of San Jacinto, first president of the Republic of Texas and first Governor of Texas, opposed secession. Houston even chose to resign the office of governor rather than condone leaving the Union.

Great men on both sides of this tragic conflict disagreed then and disagree to this day. And not all Confederates were ready to hang men. CSA Brig. Gen. James Throckmorton saved many men in Sherman, Texas. Alarmed, CSA President Jefferson Davis fired CSA Gen. Paul Hebert as Texas military commander. But the Northern press was quick to claim that the hangings were simply another example of Southern barbarism.

Private citizens on both sides have chosen to support the Great Hanging commemoration. It will be observed in Gainesville, in separate events, by opposing sides of the issue.

Families of the victims still refer to the event as the October Reign of Terror. They choose to meet and share stories from that point of view.

By contrast, the families of Confederate veterans focus on the allegations against those accused, and the trial. You can guess which side they take.

I think it would be better to officially commemorate The Great Hanging rather than cancel it. Let descendants from opposing sides talk it out.

That’s better than fighting it out all over again. If talking helps people forget the past and forgive the past, so much the better.

Personally, I hope this unfortunate event is settled. It’s been 150 years and 150 years of bad feeling is enough.

Richard Weatherly is the author of Closed Doors: A Trilogy 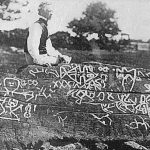