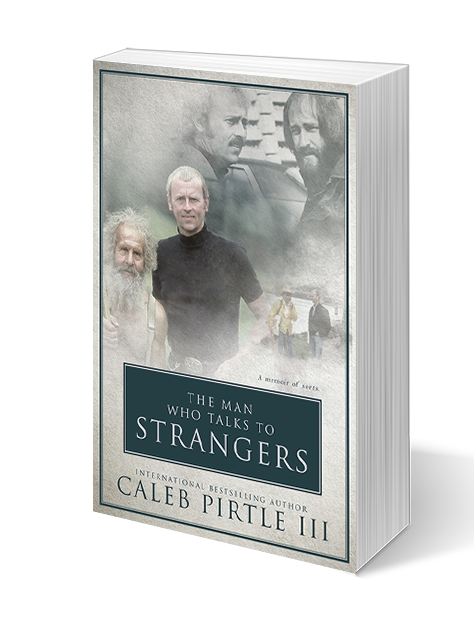 The attorney’s character had not been hastily ripped from my mind at the last minute and thrown carelessly and hastily onto the page. Read an excerpt from The Man Who Talks to Strangers.

I build my characters by including stories about them.

When I wrote Last Deadly Lie,I needed a country lawyer who would play a pivotal l role in the story. Aging, Wise. Tough. Hard-nosed. And I remembered Payne Roye. I had watched him work. I had spent a week watching him prosecute a murder trial in Graham, Texas, during the 1960s.

He was the man I wanted my country lawyer to be.

Payne Roye had no business prosecuting a murder trial.

He was, and no one would dispute it, the best damn defense lawyer in Young County.

But on a Saturday night, three young punks, with nothing better to do than drink beer and steal a few dollars so they could drink some more beer, robbed a service station, kidnapped the owner, drove him out of town, forced him to walk back into a wheat field, ordered him to kneel down, and put a bullet in his head.

Quick and clean, unless you watched the blood soak into the Young County earth.

They weren’t hard to find. They did not resist arrest.

And all of Graham was on edge. It was bad enough that a good man, a good friend, had died in a wheat field. But here’s what made it worse.

Everybody in town knew that Payne Roye would be chosen to defend the three young men. And Payne Roye had never lost a case.

The good citizens of Graham spent most of the night, going door to door, collecting right at twenty-five hundred dollars, and hiring Roye to serve as a special prosecuting attorney.

The D.A. had grown old, didn’t quite have the drive he once did, and was delighted to have some new blood come in and help him.

He didn’t have many murder trials in Young County.

And this one had the whole town just a slip of the tongue away from forming a lynch mob.

Payne Roye shook the D.A.’s hand. The D.A. sat down. And Payne Roye took over.

He was a surgeon at work.

The court-appointed defense attorney never had a chance.

Neither did his client, a smart-aleck punk named Buck Edwards.

The attorney might as well have been spitting in the wind.

Roye kept referring to the kid as “Buckshot.”

“His mama called him Buckshot.”

It was definitely not a good name for a murder suspect.

Payne Roye spit out the word, and it sounded like the name had been shot from a .38 revolver, much like the last sound the service station heard before he fell face first into the raw dirt of a plowed wheat field.

I would never forget the closing arguments. The summer sun had settled far beyond the mesquite thickets. Darkness was crawling across the land and down the streets of Graham. The heat was unmerciful inside the courtroom. There was no air-conditioning. Ceiling fans tried to beat back the heat and failed miserably. When Payne Roye paused, and he certainly knew when to pause, all anyone heard was the tortured whine of the fans overhead.  Sweat glistened on his face.

The crowd packed inside was on the edge of those hard-backed, wooden seats. Some were fanning themselves with newspapers. Others were using funeral home fans lefty over from the last Baptist revival.

Payne Roye looked at the jury and methodically re-played every frightening moment of a frightening night.

Hour by hour, minute by minute, step by step.

There was a curse, he said.

And it was over.

Payne Roye wiped the sweat from his eyes and tried to straighten his suit. The sweat had it plastered against his shoulder blades.

In a whispered voice, he ended his summation with these words: “Buckshot Edwards with a heart of hate, sealed his fate, with a thirty-eight.”

The finale might not have played in New York and probably not in Dallas. In Graham, he received a standing ovation, and the jury handed down the first death penalty in Young County in seventy-five years.

When I introduced my attorney in Last Deadly Lie, that’s the story I told. Payne Roye, with another name, another town, another courthouse, and another description lived again within its pages.

A reader realized exactly the kind of man he was.

The attorney’s character had not been hastily ripped from my mind at the last minute and thrown carelessly and hastily onto the page.

He had lived before.

And the reader knew it. 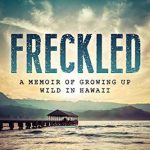 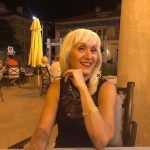 Beating the Odds and Finding My Own Kind of Success 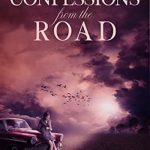