Thursday Sampler: Play the Cards You Are Dealt by Galand A Nuchols

In our mission to connect readers, writers, and books, Caleb and Linda Pirtle is showcasing some of the best authors in the marketplace today. Thursday’s Sampler features an excerpt from Play the Cards You Are Dealt, a coming of age novel by Galand A Nuchols. But then, how easy is it for a boy who is humiliated and ridiculed, a boy who secretly possesses the power of telekinesis?

Eddy Turner has no hair anywhere on his body; no eye lashes, no eyebrows, not a single hair on his head. He has been the target of jokes, bullies, and physical abuse from his classmates and his obnoxious stepfather for years.

Eddy has two talents, empathy, the ability to sense others’ emotions, and telekinesis, the ability to move objects using only his mind. The emergence of the second talent, one he can’t control, turns his and his mother’s world upside-down.

Strangers enter their lives, supposedly to help them, but Eddy wonders if they are being kidnapped or will be made into slaves. And what about the strange man calling himself Grandpa Blue? Then there is the secret ranch in Colorado they are being taken to. What does it all mean?

Can Eddy learn to trust these men, or should he try to escape? If he chooses to escape, can he leave his mother behind? There are choices and consequences, and, in Play the Cards You Are Dealt by Galand A Nuchols, he must make a decision.

He knew they were in the alley, waiting for him. More than one, four maybe. Boys. They’re nervous, scared. The boys’ feelings came to him like sound waves traveling through space. Eddy Turner walked down the broad sidewalk, Pine Street to his right, glass store fronts to his left, his attention focused on the corner of the building next to the alley where the boys waited.

He continued down the sidewalk, clinching then relaxing his hands, preparing for the fight he felt sure was coming. One is … more excited than nervous. That boy’s feelings puzzled Eddy. I’ll give them some room. But if they want a fight, I’ll give it to ’em. In Spades! He pulled the bill of his cap down securing it firmly to his bald head, took a deep breath, then angled his footsteps to the right, away from the mouth of the alley, toward the row of parked cars lining the sidewalk. Maybe I’m wrong. Paranoid is the word the counselor used. Maybe.

Just as he stepped off the sidewalk to cross the alleyway, his peripheral vision revealed four bodies, backs pressed against the building. An instant later, they rushed toward him, sending a tsunami of emotions rolling over him. He felt hands shoving him toward the street. The feeling of excitement Eddy could sense coming from one of the attackers exploded, overpowering, smothering, the other three boys’ fears.

“Chihuahua,” one boy shouted before Eddy sent a well-placed kick to the attacker’s gut driving him to the curb groaning and holding his belly. Catching a glimpse of another boy’s fist, Eddy smiled, ducked, and delivered a solid fist to that kid’s midsection. The boy grunted and slumped to the pavement. The remaining two assailants continued the battle.

A chunky boy advanced toward him, arms extended, his eyes and grin broadcasting excitement. “Arf! Arf! Arf!” The kid barked the latest taunt created by the school bullies, comparing Eddy’s hairless condition to that of the Chihuahua dog.

It’s Lonnie. Surprise held Eddy immobile for nanoseconds before he felt the kid’s hands on his chest shoving him backwards. Martial arts training kicked in; he turned sideways, letting the heavy-set boy’s own weight carry him forward to trip over the previous attacker just attempting to get up from where he had fallen. Both boys crashed to the pavement.

Eddy turned, facing the remaining boy. The first assailant, partially recovered from the kick he received earlier, was back on his feet and joining his friend. Eddy sensed feelings of determination surrounding the boys like dark clouds, driving them to keep attacking.

He heard their “Arf, arf, arf,” barking as they lunged forward, pushing him back and over the downed bodies of Lonnie and his buddy. Buildings, then sky, filled his vision. Spin away his brain urged him. A twist in midair brought the brick pavement into view seconds before it reared up and turned the world black.

Consciousness returned in measured steps. Words, mixed with feelings of fear and concern, washed over him. Dark pain pulsed in his head. Someone knelt beside him, touching his shoulder. He heard a man’s worried voice, “Are you alright? Can you stand?”

Eddy lay still, eyes closed, mentally casting around for information about the people surrounding him now. Lonnie and his pals are gone. He felt worry, tinged with fear and anger, emanating from the gathering crowd.

“I’m okay,” he mumbled and pulled himself to a kneeling position. The man’s hand appeared in front of him. “I’m okay,” he repeated louder and grasped the strong hand that helped him to his feet. “Just winded.” Standing, he glanced at the worried faces and heard the gasp of an elderly woman staring at his forehead.

“You need a doctor,” she blurted and pointed to the growing knot on his forehead. “Ice. Put some ice on it to keep the swelling down.”

Angry voices demanding the identity of the attackers surrounded Eddy. Their outrage beat against his senses causing more pain.

“I didn’t recognize them,” he lied, “but thanks for your help.” Nodding, he flashed a grim smile at everyone in general, shifted the backpack into place, and felt sharp, stinging pain on the palms of his hands and knees. Someone handed him his cap. Eddy eased it over his head, careful to avoid the tender spot oozing traces of blood. “I’m alright,” he repeated. “Just going to the sandwich shop.” Hiding the abrasions on his hands, he moved through the worried crowd, anxious to reach the haven of Mr. Henderson’s office.

The warm, vanilla fragrance welcoming customers into the store was lost on Eddy. He proceeded through tables and shelves displaying fancy glassware, cooking pots and pans, embroidered towels, and assorted gift items without really seeing them. At the back of the store, he dropped his overflowing backpack, and slid into the chair across the table from Red Henderson, the new owner-manager of Skiterville’s only combination sandwich/gift shop.

Eddy rubbed his bruised knuckles and stared at the quiet gentleman sitting before him. The man’s calmness and acceptance enveloped him as a warm sea surrounds its marine inhabitants. Closing his eyes, he sighed, “Another hellish day at Skiterville High. Never a dull moment when Eddy Turner’s in town.”

Eddy and Mr. Henderson met in the shop shortly after the gentleman moved to town and took over the store. An instant friendship had developed. The wheelchair bound man was one of the few men in the community the angry boy respected.

Customers’ conversation and laughter in the front of the store faded as the two friends shared a moment of silence. Eddy noted the older man’s grimace as he eyed the skinned knuckles, scraped palms, and the bloody knot on his forehead. “Some boys jumped me when I started across the alley. Thought they were tough stuff. I’ll catch all sorts of flak at school tomorrow. Somehow, it’ll all be my fault.”

“You need some ice on that pump knot. Ruth,” he motioned to a nearby waitress. “Eddy needs an ice-pack for his head. Crushed ice in a plastic bag, I think.” Turning back to the boy, he continued. “Did you recognize them?”

“Yeah.” Eddy rubbed the bruised knuckles of his right hand and probed the darkening area on his head. “They aren’t part of Smitty’s crowd, but they want to be.” Examining the palm of his right hand, he brushed off small pieces of dirt and gravel clinging to the torn flesh. “This was an attempt to get Smitty’s attention or approval, I think. Trying to prove how tough they are. At least two of them will have sore insides tonight and tomorrow. Those martial arts classes Mom had me take back in Houston come in handy now and then.”

The older man touched the toggle switch on his motorized wheelchair and moved to a cabinet. Returning, he placed some first aid supplies on the table. “Better clean up those hands. Don’t need an infection.” Eddy wiped a sterile pad over the worst of the scrapes and dabbed on some ointment.

Ruth appeared with the requested ice-pack. She shaped it to cover the dark swelling and eased it into place. “It sure is something the trouble boys can get into. Wonder any of them live to grow up.” She handed Eddy a towel to catch the dripping water. “Now you sit right there, and I’ll get you something to eat,” she instructed and returned to the kitchen. Mr. Henderson settled himself more comfortably in the chair. “What happened in school?”

“Today, it was a stink bomb in the science lab. I opened the cabinet where my supplies are stored. A container fell out and broke. Everyone laughed. The fumes smelled so bad the lab was closed for the rest of the day. I got the blame of course.” He took a deep breath and shrugged his shoulders. “The teacher wasn’t as angry with me as he was at the class in general. At least that’s the impression I got.” 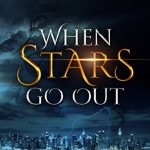 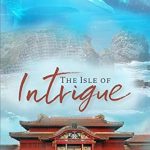