Thursday Sampler: Secrets of the Dead 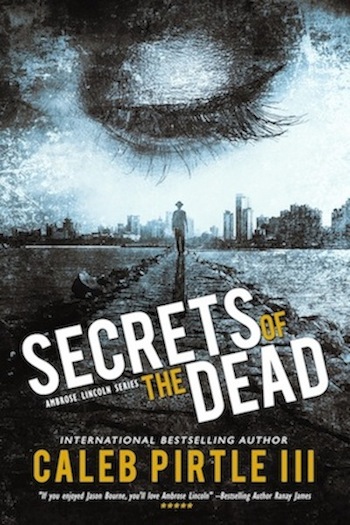 The government had erased his mind and removed his memory with electric shocks to the brain. He had been turned into a spy who had no fear because he could not remember to be afraid. And now he had to outwit the Nazi Gestapo to find the secrets of the dead. Read an excerpt from my debut Ambrose Lincoln historical thriller.

The wind had blown her dark hair haphazardly and cruelly across her face. Lincoln reached down and gently brushed it away from her eyes. She no longer minded. He did.

Lincoln had no idea how she died.

No one had told him.

He had not asked.

Ambrose Lincoln had been sitting alone in a dark room on the eighth floor of the Adolphus Hotel in downtown Dallas when the phone rang.

It was sixteen minutes past midnight.

He picked up the phone and listened.

That’s what he had been taught.

“Your flight leaves in two hours and forty-two minutes.”

He didn’t ask where he was going.

His ticket would tell him.

That would be soon enough.

Lincoln broke his own code.

Ambrose Lincoln had heard the voice before.

Somewhere in the distant past.

Then again, it may not have been so distant.

The flight to Memphis had taken less than three hours, even with the angry turbulence of December slamming against the propellers. It was still dark when the plane touched down. Lincoln took a taxi to the Peabody Hotel, grabbed three hours of sleep, and emptied two cups of straight, hot coffee down his throat. He walked out to wait for the limousine, as black as the day had broken.

He had not called for the limousine.

He knew it would be there.

The gathering storm clouds hung like a flannel shroud above the graveyard, ominous and foreboding, not unlike the face of the bald-headed stranger who stood ramrod straight just behind a mound of red clay that would forever remove the young woman from her place on earth.

Lincoln dismissed him with a glance.

But he burned the man’s image deep into his brain.

He didn’t know why, but he wanted to remember the man even if he never saw the stranger again. Not quite six feet tall. Square chiseled face. Pencil mustache. Sloped shoulders. A scar that could easily be mistaken for a half moon carved just below his left ear. A nervous right eye, or was it just lazy? It was difficult to tell behind the lens of his wire spectacles. He wore a suit as black as the sky, perfectly tailored, with a raincoat to match. If the man had a gun, it was well hidden. Lincoln had no idea why he even thought that the stranger might be carrying a gun.

He heard the minister quote the twenty-third Psalm.

Something about the valley of the shadow of death.

He looked again at the wooden rosewood coffin placed gingerly on the rails of a metal bier. It had been opened. A brusque wind ruffled the dark hair of his wife.

She no longer cared.

It no longer mattered.

He heard a woman softly cry.

She had hugged his neck when he arrived. She said she was his mother.

A tall man wearing a gray suit that would have been new in 1929 and probably worn less than a half dozen times since, lay a hand on Lincoln’s shoulder. The man had the crude, powerful grip of a steelworker.

He said he was Lincoln’s father and possessed a kindly Midwestern face, trying to smile but failing miserably. He had gray eyes, the ashen color of the tombstones around them. The wind and sun had not been kind to him. He stared hard into the eyes of Ambrose Lincoln waiting for a flicker of recognition.

Lincoln nodded and turned away without speaking.

He did not know what it was.

But he felt it.

It bore into his gut like a gunshot, the kind God ignored and did not heal. 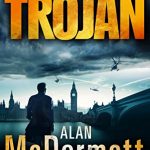