Six months after a tragic war, the world of Myrrah has found peace. But many of the heroes have not.

Wandering to avoid memories of lost friends and past actions, Zhao returns home to fulfill a promise to see his sister. And to proclaim to the elders of his people that their treatment of Air Elementals is wrong. But he doesn’t find welcome and the reason why is not what he expects. It is far worse.

Caught once again in events greater than he can handle alone, Zhao struggles to prevent a personal conflict from erupting into a larger battle. But friends are distant, and more than a few are struggling with new problems of their own. 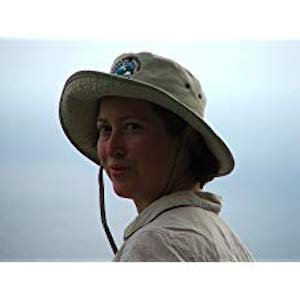 “We are looking for three of our people,” Phet said from the back of his horse. “They travel with an infant and one whose heritage is unknown to us.

“They are here and asked for refuge,” Teyak said without elaboration. He’d been selected to speak for the Nifail, but the youngest chief of the steppes did not stand alone. Three imposing warrior chieftains stood at his back. Zhao, Ria, and Laireag watched as well, using the safety invisibility offered. Safety made all the more secure without Kattan accompanying Phet to potentially sense the use of Air Elemental power.

“It was by my request that you sought them,” Phet argued.

“Yes, we sought them. We never agreed to give them to you,” Teyak said.

Phet shook with anger, unable to answer. “That isn’t the agreement made,” another man answered. “We offered coin for their return. They have escaped just punishment.”

“They told us of this ‘punishment,’” Teyak replied. “We, the Nifail, do not think it is so just. Punishing a mother and father for having an Elemental child is not justifiable.”

“I am surprised to hear that, considering the Nifail do not hold those born with gifts in high esteem,” Phet said.

“That is none of your concern,” Teyak retorted.

“And how we treat our gifted people is not yours,” Phet challenged.

A hiss ran through the Nifail watching the exchange. Teyak glanced at those behind him, returning his gaze to Phet with a half smile. “We disagree. When you hunt your people onto our land and they seek protection with us from you, I would say it has become our concern.”

Teyak’s statement was met with grunts of agreement from the Nifail. The horses of the Tiak danced under the tension of their riders.

“We will go, but we will return tomorrow. Hopefully, you will rethink what you have said this day,” Phet said.

“Go. It would be best if you do not return,” Teyak said with his hand on his knives.

The small group of Tiak turned and galloped through the high grass while the other chieftains clapped Teyak on his back.

“Oh Zhao, what have you started?” Ria asked, releasing his hand.

Zhao let the illusion of invisibility go as he shook his head, too distressed to answer.

“I wonder where they are going?” Laireag asked, gaze remaining on where the Tiak had disappeared.

“It might be best to wonder how many there are. It would, at least, give us an idea of how the fight will go,” Zhao answered glumly.

“That is an even better reason to go. I’ll be back,” Laireag said with a grin. Laireag’s form flowed upward as he transformed into a raven. The black bird winged into the sky, chasing after the riders. Ria’s gaze followed him.

“I was hoping you’d be better, you’d both be better by now. It’s been six months,” Ria said, green eyes sincere. She turned and walked toward the crevasse hidden deep within the encampment of Nifail along its rim.

“I didn’t mean for this! Are you over the war and what happened?” Zhao asked.

Ria paused, turned to speak, and then kept walking. Zhao followed, torn between apologizing and curiosity at what Ria almost said. Finally, she sighed.

“I didn’t see the fighting the way you did. I was on a boat with Ci’erra looking for the Sphere of Fire. I didn’t watch anyone die, not a Priest and not Beite. I only came back in time for the funerals. So yes, Zhao, I suppose I am doing better than you and Laireag, or Darag. I’ve been busy trying to keep the Orders from separating and from the former Priests and Priestesses distrusting Spirit Elementals and the Kith. I built a home too. But I didn’t do anything to help my friends,” Ria said in a rush that left her eyes shimmering with tears.

Zhao pulled her into a hug. “You came now.”

“After you are already in trouble!” Ria said with a bit of a laugh.

Please click HERE to find Spark of Defiance on Amazon.