Rather than search for talented new authors, New York has chosen to cast its lot with big-name writers even if the writers are dead.

Every writer knows or should have known that the road to publishing success is long, full of twists and turns, fraught with dead ends, and chiseled with potholes.

And that was when he or she had a legitimate chance to be discovered and published by one of the big boys in New York.

Now it’s harder than ever before.

The traditional publishing industry is as confused and confounded as the rest of us who are striving to make it in the digital age of publishing.

Bookstores are going out of business. Readers are going online. And, God forbid, fewer than ever before are lugging around a print book, either paperback or hardback. Their eyes are on the Kindle, the Nook, the iPad, or some version of the smartphone.

Readers have always looked for good books, and good writers are frantically searching for ways to connect with good readers. But the Indies are being squeezed out by ghosts.

New York publishers realize they have one great advantage in the book publishing and bookselling marketplace. They have authors with big names, authors of best sellers, authors that have already been branded, authors who have the uncanny ability to sell books dead or alive.

Rather than search for talented new authors, New York, as a whole, has chosen to take the easy way, the shortcut, and cast its lot with big names – well-known names – and their trusty ghostwriters.

Robert Ludlum died in 2001. But since then, the marketplace has welcomed The Sigma Protocol, The Janson Directive, The Tristan Betrayal, The Ambler Warning, and The Bancroft Strategy. All showcase Robert Ludlum’s name in big bold letters at the top of the dust jacket or eBook cover. And that’s all readers want. They are buying Robert Ludlum’s name. They ignore the little names at the bottom: Gayle Lynds, Philip Shelby, Patrick Larkin, and James Cobb, among others. Erik Van Lustbader even signed on to continue Ludlum’s series of “Jason Bourne” books.

In like manner, the great Robert Parker checked out in 2010, but don’t worry about the loss of those wonderful Spenser and Jesse Stone mysteries. The author’s estate wasted little time in hiring one writer after another to keep those novels rolling out under Robert Parker’s name.

And James Patterson makes absolutely no bones about hiring ghostwriters to churn out his novels. Patterson doesn’t worry about style anyway. He always said that he was a storyteller but certainly not a craftsman. That’s why his publisher is bringing out as many as nine new James Patterson branded novels a year, why he is earning a sparse $80 million a year, and why one in every seventeen books sold these days carries the James Patterson name.

His formula is simple enough to understand. Patterson says he researches a subject, creates an extensive outline, then hands it all off to a co-writer. He may fine-tune the final manuscript or give the ghostwriter a few notes and let him fine-tune it himself. As he points out, this is really a model that’s been used for years by TV shows, which are always written by a team of writers.

As Stephen Leary recently wrote: “It’s a fraud. It’s a lack of respect for the author’s fans. And it has something of the underworld about it. But it’s the book publishing business today. Ghostwriters keeping big brand names running when otherwise they would stop. Publishers and estates refuse to fess up and give credit where credit is definitely due. Cash is king.”

The book world has always been a competitive business. Now good writers are being forced to compete with the ghosts. 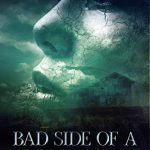 A new world, a bold new trend in publishing